REVIEW: The Whole Kahani, May We Borrow Your Country 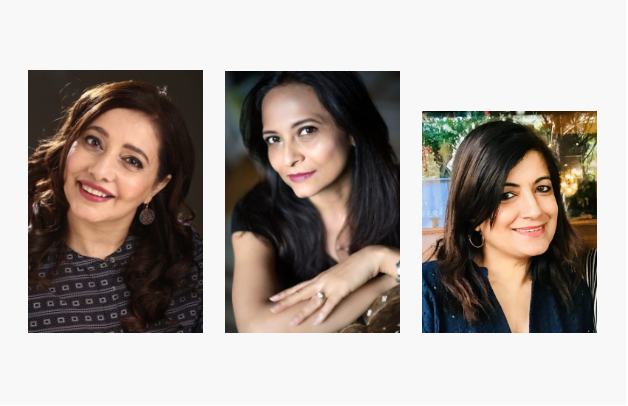 I must admit I had already devoured The Whole Kahani’s latest anthology, May We Borrow Your Country, before their promotional event at Durham Book Festival, and so I cannot say exactly what it was I hoped to discover on a rainy Sunday afternoon in the Gala theatre. Yet that was to look at the writers’ return to Durham in the wrong way. They were not here simply to promote their book; they were promoting something much greater.

The Whole Kahani (The Complete Story) is a collective of British writers of South Asian origin formed in 2011. Today, Reshma Ruia, Kavita Jindal and Nadia Kabir Barb had come to discuss their second publication, following the critically acclaimed Love Across a Broken Map published in 2016. May We Borrow Your Country, Reshma explains, is primarily about displacement, not just geographically but emotionally; how we can feel at odds with ourselves or, as Jindal later puts it, how we are “different people to different people”. For some, these personalities shift organically (Jindal jokingly cites the example of her professional self at work versus her ‘Dragon Mother’ self at home), but for others it is a conscious choice or, for many of the characters in the anthology, a conscious obligation.

Whilst the theme of cultural identity clearly has contemporary political undertones, the anthology is by no means limited to politics. In Jindals’s ‘Where He Lives’, the protagonist, Sabina, makes a choice between love and freedom. Kabir Barb read an excerpt from her story ‘The Living Dead’, a reflection on life and loss. Nor do these writers limit themselves to women. Ruia surprised the audience with an excerpt from ‘A Simple Man’ told from the perspective of a man too ashamed to admit to his sister that he works as a museum guard. Given the current scrutiny of cultural appropriation, I was surprised to hear these women encourage writing about cultures, religions, and genders different from our own. But, Ruia clarifies, “imagination should have no boundaries or borders” and, in this sense, May We Borrow Your Country is about much more than borrowing regions, but also the voices and identities within them.

Although they are each other’s colleagues and critics, it is clear The Whole Kahani are not simply a group of writers, but a family of women who share their passion in representing a diverse array of South Asian and British-Asian voices. This bond emanates through their conversation; “It’s wrong!” Jindal humourously exclaims at Kabir Barb’s insistence on putting potatoes in biriyanis, which led to one of their meetings taking place over Kabir Barb’s Bangladeshi recipe (“Her biryani is very tasty” Jindal admits). This bond goes beyond culinary work meetings, Kabir Barb described the group as a “safety net” in which they can bounce ideas and share their experiences to better inform and shape their work.

The success of this work is not limited to the benefit of the group. The aim of The Whole Kahani is to diversify the publishing industry and increase the visibility of South Asian writers in Britain. Reshma explains that the title of the anthology is deliberately left without a question mark, instead it is a “statement of intent that, look, we are here and accept us as we are”. This sense of duty to British-Asian female writers is what sets The Whole Kahani apart; for them, writing is not simply a personal endeavour. It is a wider statement both to the publishing industry and to the world that, as Ruia boldly put it, they will not be “knocking timidly at the door.” Sitting in the Gala that afternoon, quite honestly, I believed them.