REVIEW: Writers’ & Artists’ Yearbook: How to Submit Your Manuscript 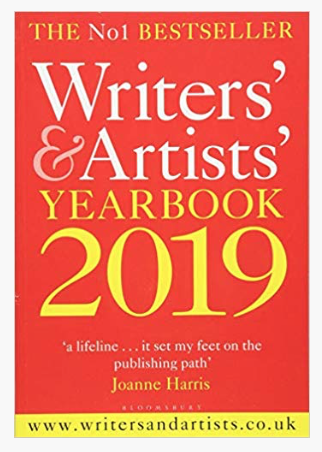 Are you thinking of sending a pig’s head to that literary agent you’re dying to work with? Or what about a pair of oven gloves because your manuscript is too hot to handle? Believe it or not, these great ideas don’t end so well, as bestselling crime novelist Cass Green and her agent Mark Stanton can confirm (thankfully not first-hand). Their enlightening conversation was on behalf of The Writers’ and Artists’ Yearbook: the definitive directory of just about any contact you could need in the art or media industries. Teeming with advice, articles and information, it’s currently in its 113th edition since its first publication in 1906.

The majority of Stan (as he is known) and Cass’s talk centred around the do’s and don’ts of submitting your manuscript to an agent. “Imagine,” Stan says, “that I’m reading your manuscript on a Friday afternoon, when I’ve got a headache. Do anything you can do to make me feel like I’m not at work, anything to take me away from that desk.” This advice holds for every aspect of your submission: manuscript, cover letter and synopsis. In terms of the latter two, brevity is key. “Be tantalising,” Stan advises. Keeping these aspects short, simple and relevant will allow your manuscript to speak for itself. Crucially, remember that agents are almost as subjective as readers. Stan, for example, follows Mark Twain in advising that “when you catch an adjective, kill it. No, I don’t mean utterly, but kill most of them -then the rest will be valuable.” He’s also tired of stories that start with DIs stepping under police tape and those that don’t get going until the fifth chapter. “But,” he says, “the onus is on the writer to research their agents.” Agents are normally named at the back of a novel, so if you love adjectives and detective tropes, then find a book that’s full of them and get in touch with that author’s agent.

From a different perspective, Cass Green is a veteran of fighting back against rejection. “My third novel was rejected thirty-seven times before it was published,” she proudly admits. “They say you need a thick skin to be a writer, but who really knows a writer that has one?” However, once you’re with the right agent, you are not alone in your fight for publication. For Green, Stan’s encouragement is her “rocket fuel” and his “annoyingly, almost always right” suggestions have been critical to her success. Both Cass and Stan agree that patience is fundamental in getting your work out there. Stan advocates sending out manuscripts to “six to ten different agents at once; we’re very slow in getting back to you.” But most important of all is not losing faith in your abilities. “Remember,” Cass says, “not everybody likes Harry Potter or chocolate.”