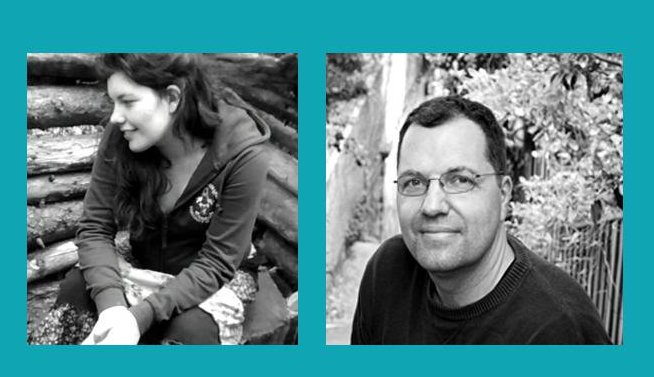 Durham Book Festival 2019 has been distinctly international in flavour. As the country prepares to withdraw from the very institution that celebrates intercultural exchange in Europe, the literary offerings of this year’s festival have felt oddly valedictorian. None more so perhaps than the meeting of poets Jasmine Simms and Marcus Hammerschmitt, celebrating the 50th anniversary of Durham’s twinning with the German town of Tübingen. In the gilded splendour of the Burlison Gallery, the audience were treated to an afternoon of readings by this international, literary duo.

To mark the golden anniversary of this cultural union between Durham and Tübingen, Simms and Hammerschmitt have taken part in a landmark literary residency programme, giving writers and poets the opportunity to experience life in a city not their own. As part of the programme, Simms, a Brit from West Yorkshire and a graduate of Durham University, spent three months in the German university town, and Hammerschmitt, a resident of Tübingen himself, time in Durham.

The work that Simms and Hammerschmitt shared at this intercultural meeting are the products of the time each had spent in the other’s home cities. In spite of the national and linguistic differences that distinguished the two poets, they found common ground through striking similarities in their work. The poems and general literary musings of both are imbued with a strong sense of what it means to be a foreigner in a foreign land; out of place, away from home, and tongue tied by a language of which you have little command. This creative convergence between two artists entirely foreign to one and other was met with great joy by an audience who seemed tacitly despairing of the cultural and social isolation that British protectionism threatens to spell. As the event drew to a close, there was an evident hope across the room that this would not be the last European cultural collaboration of its kind.