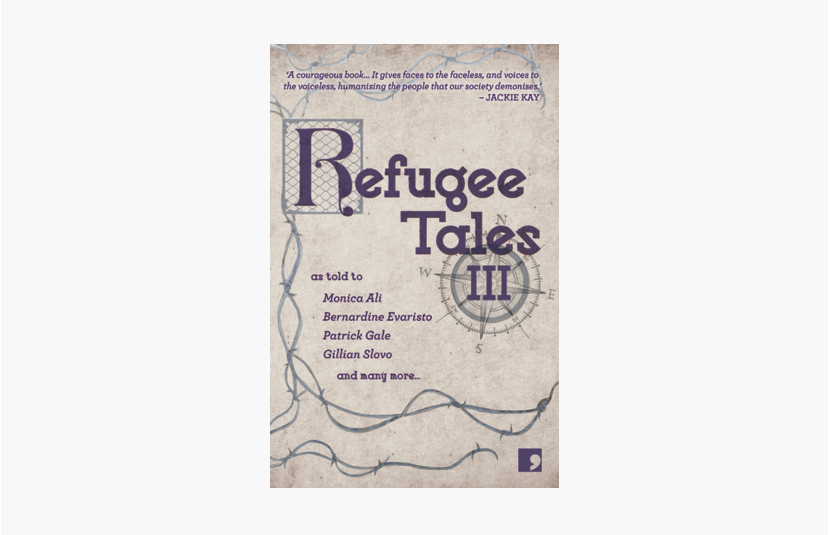 Refugee Tales is a three-volume collection of short stories recounting the experiences of displaced people living in the UK and the British citizens who dedicate their lives to obtaining justice for those arriving here as refugees. The books are the product of an ongoing collaboration between the charity Gatwick Detainees Welfare Group, which works with those being held at the Gatwick Detention Centre, and various authors of significant note. This year, Durham Book Festival played host to two contributors to this ground-breaking series. Authors David Constantine, who found fame with his novel In Another Country, and Rachel Holmes read for the audience their tales, each delivering a damming critique of the system that has been put in place by the current Conservative government to manage the influx of refugees from the Middle East and North Africa.

Holmes took to the lectern first with her story The Barrister’s Tale, retelling the experiences of a human rights lawyer, working to defend refugees facing deportation. She writes eloquently on the frustration that legal professionals feel for the system of immense and implausible bureaucracy that is imposed upon them. The protagonist, a solicitor who works pro bono for no financial remuneration, is weary, yet admirably undiscouraged, as she explains how she is rarely even afforded the opportunity to meet those that she defends before their cases are heard in court.

Constantine read second. His story, The Orphan’s Tale is emotionally complex. A palpable sorrow and uncomfortable sense of shame hung over the auditorium, as the listeners to Constantine’s narration became aware of the great injuries our home country inflicts upon those who come here with nowhere else to turn. His story follows a refugee who he names simply M. M arrives in the UK from Sierra Leone as a child and is taken in by foster parents who raise him as their own. In the UK, he weaves for himself a successful life made out of the threadbare reality he knew in Sierra Leone. He feels worthy. He contributes to the society that gave him shelter when he faced the greatest persecution at home. And yet, with a single, arbitrary pull on the threads that have become knitted together to form the basis of M’s very existence, everything unravels. At the age of 18, the British government reserves the right to remove the liberties that refugee children enjoy. M, like so many other refugees living in the UK, is treated like a criminal by the country that he has come to call home. His crime? Being born in the wrong country.

The Durham Book Festival should be applauded for its promotion of these authors and the most important series of short stories to which they have contributed. Whilst Holmes and Constantine approached the project from varying angles, the conclusions that they drew were identical. They both were united in their view that Refugee Tales is essential reading for anyone living under the jurisdiction of the British government, for it gives a voice to those displaced people in our society who are muted by our legal system intent on inhospitality.