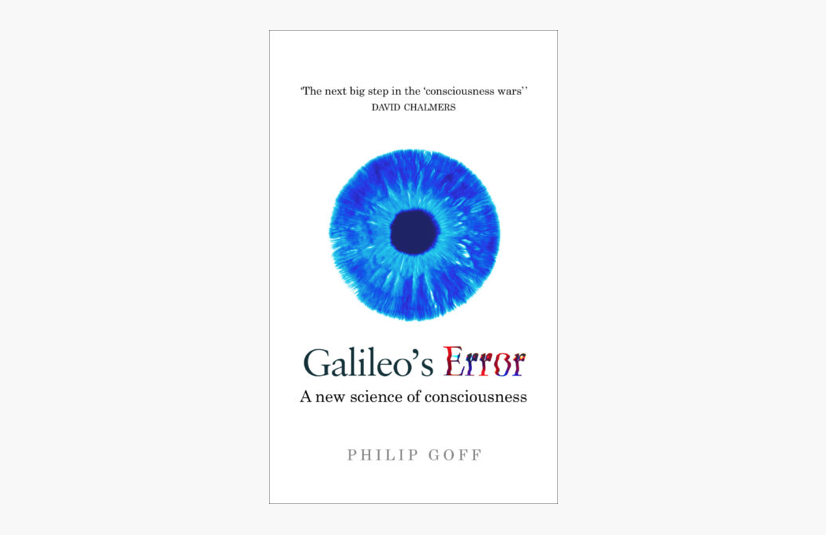 In the exquisite Burlison Gallery the daylight seeps through the window of Durham Town Hall. Philip Goff, philosophy professor at Durham University, prepares to enlighten us with his new approach to consciousness centered around pan-psychism. This theory argues that consciousness is a fundamental feature of all matter, not just made up of biological entities.

Goff has written Galileo’s Error: Foundations for a New Science of Consciousness in an attempt to make philosophical theory accessible to all and to get his idea out there for other disciplines to do with what they will.

After his presentation and a stimulating question and answer session with the audience, I am taken to meet Goff and ask him a few questions. There is so much one could ask; such is the nature of philosophical discussion, but I’m inclined to keep it simple and try to contemplate how Goff’s theory can allow us to view consciousness in a different way.

As I sit opposite him at the table, I’m intrigued by Goff’s openness and willingness to answer any question, or even criticism of his theory. I press him on what being a ‘philosopher of mind’ means to him. He tells me that there is a presupposed idea that the only way to understand the world is through science and that this will tell us what reality is like. But for Goff, philosophy is the field which can answer the questions in which the answer is less obvious. Questions of consciousness cannot be settled with science alone. He suggests there is a ‘grey area’ between science and philosophy and calls for them to be pulled together, advocating an interdisciplinary approach.

Yet, I can assure you this is all in a positive tone. Goff is oozing with energy and enthusiasm for a ‘new science of consciousness’, he is in no way trying to limit further research into the field and very much encourages an interdisciplinary approach between science, neuroscience, even quantum mechanics, and his philosophy of mind.

During the event itself, after Goff’s initial presentation, he was pushed by multiple audience members with challenging yet fascinating questions. I question whether philosophy will ever be able to answer questions of neuroscience and he admits it will not, but that these are not the only questions we should be asking.

Neuroscience gives us correlations between physical processes in the brain and emotions. In Goff’s Science of Consciousness, he wants to explain these links and you cannot answer his questions with purely science. In this sense, Goff calls for a qualitative approach because science focuses on the quantitative. He very much seems to feel that our current scientific paradigm does not allow for an explanation of consciousness and I’m inclined to agree with him as he animatedly encourages further research into his ‘new science of consciousness’.

He tells me there is far more work to be done. This is an exciting new philosophical approach to consciousness which needs to be taken further. The idea that our perceptions, experiences and senses of the world show us consciousness is ‘real’ is a foundation Goff presupposes. This created a point of much discussion in the Q&A following his presentation. But Goff has an answer to this too. “You’ve got to start somewhere, trust your experiences” he candidly admits to me across the table. He sees this as the foundational philosophy to allow for further research into consciousness.

With his book Galileo’s Error: Foundations for a New Science of Consciousness Goff seems to be doing just that. He is providing a framework and allowing it to be disseminated to a far wider audience than philosophy of mind has been in the past. He is supporting a panpsychist theory to encourage further research into consciousness. This seems to be in the hope that one day science will find the vocabulary to fill in the gaps, but the key being that it will do this in conjunction with philosophy, not separate from it.

I leave Durham Town Hall clutching the book in my hand, knowing that although I myself am not a philosopher, I am very much intrigued to see how Goff’s book will encourage us to look at consciousness differently in the future. One thing is certain: the release of his book on November 7 will open up a stimulating discussion, not just in Durham, but far beyond.