REVIEW: New Beginnings from the End of the World: “Dawn Chorus” in Poetic Climate Action 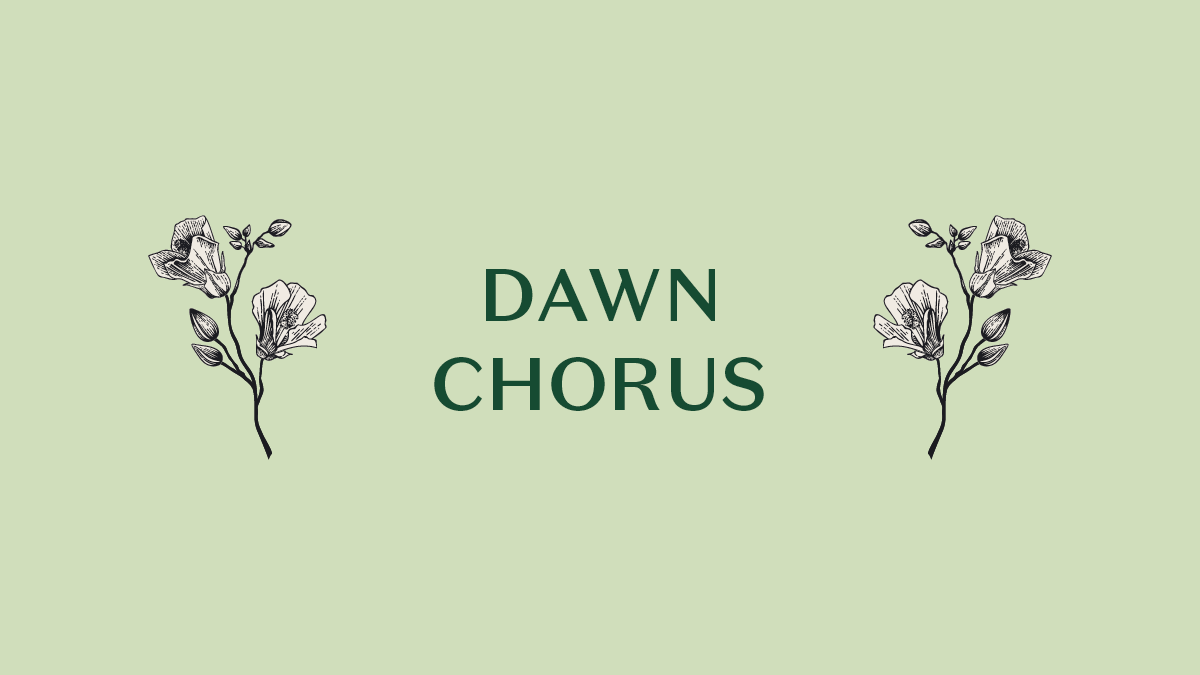 I want to wake before it’s all gone.

Linda France and Christo Wallers’ ‘Dawn Chorus’ is ethereal and tranquil, yet undoubtedly harrowing. Immediately, viewers can hear that this is not a climate-themed sound poem to be read in a David Attenborough or Joanna Lumley style voice – the opening line ensures that. Using 115 audio clips from intergenerational and cross-cultural voices around the globe, this collaborative project calls for new beginnings for everyone in the face of the climate crisis, by depicting the new world that could be created from the end of it. Viewers can hear the different accents, languages, deliveries, and even sound qualities of each poet. We are thrust from voice to voice with what are occasionally jarring transitions, to create the illusion of a fast-motion, worldly view of the more sustainable future portrayed.

I am newborn. Washed clean of oil and coal dust, carbon, uranium.

There could not be a more appropriate time to premiere ‘Dawn Chorus’: as of July 2021, the concentration of carbon dioxide in our atmosphere is the highest recorded in all human history, and with the boom of Greta Thunberg, environmentalism has never been more prevalent in daily conversation. Although primarily a sound poem, the visual element of ‘Dawn Chorus’ allows us to see the easing of human damage on the atmosphere, a luxury we do not have in real life, as we continue to abuse the Earth. Birds fly across screen in conjunction with the poem’s ethos of birdsong at new starts, and it is magical to see the full progression at the end (hint: click back to the beginning to see the full effect).

I saw the end of things at the beginning. And it will happen again.

This sound poem calls to action everyone that listens to it. If the image of the ash tree overlayed with melancholic and whimsical musicality does not inspire empathetic guilt for the Earth we continue to reap for our own gain, then I don’t know what will. There will be no new beginning without climate action, and there will be no climate action without artistic suffrage such as ‘Dawn Chorus’. France and Wallers stun with this collaboration, an incredible ode to Mother Nature and human egotism.