REVIEW: Mary Midgley and What it Means to be Human with Andrew Gray and Ellie Robson 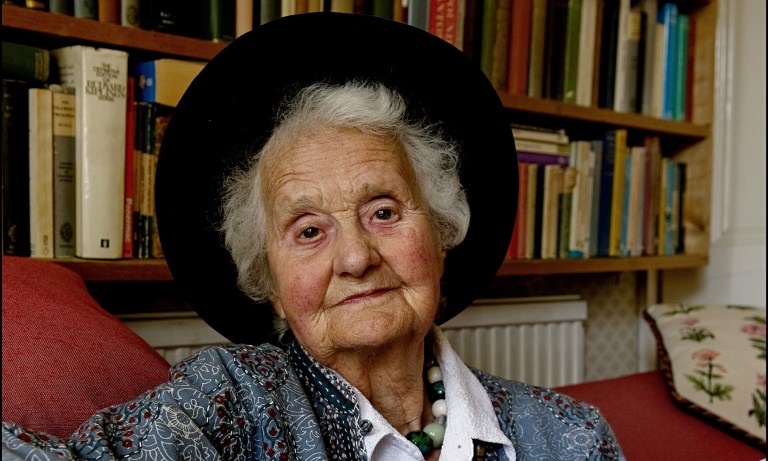 This year marks the 90th anniversary of the publication of Virginia Woolf’s A Room of One’s Own. I mention this because I was taken aback when Andrew Gray, one of the Special Collection staff at Palace Green Library, stated that it was the inspiration behind this session because, he reckoned, it could be ‘beaten’ by the 100th birthday of philosopher Mary Midgley, who passed away last year. At that moment it struck me that both Andrew and Ellie, a PhD student from Birkbeck, saw Mary as the lesser-known underdog of the canon of iconic 20th century female writers.

The sheer scope of Mary’s work is overwhelming: documents were scattered all over tables; articles, newspaper clippings, book reviews, photographs, letters. Andrew and Ellie kindly tried to give us a starting point in the form of a group reading of Mary’s article, ‘On Being an Anthrozoon’ which is startlingly relevant to the political climate today. ‘How’s that for a proposal from a species that hasn’t even been able to stop itself trashing the biosphere in its own backyard, on the one modest little planet that it has so far had to deal with?” she writes in a tone similar to the environmentally-conscious youth culture today.

Although Andrew and Ellie helpfully explain the more traditional philosophy behind her theories, such as Descartian dualism and the definition of ‘myths’, it cannot go unnoticed that her writing is strikingly accessible and unashamedly blunt: “if we are playing cowboys and Indians – I am on your side…!” she writes in a letter to her colleague at Newcastle University, Professor Davies, in response to his predictions of physics’ “awesome power”. Indeed, we are also celebrating the 50th anniversary of the moon landings and one of the core ideas that underlies Mary’s work is the urge to focus on the wellbeing of this planet, rather than the naïve notion of outer space as a place of refuge for humanity. I wonder why we are only beginning to listen to Greta Thunberg today when we should have been listening to Mary in 1980.

Quite honestly, there were far too many documents to see in the short space of time that we had. To study the archives in adequate depth could take at least four so I rushed around the tables as fast as I could to get even a glimpse of her ideas before Andrew held a group discussion in the final 10 minutes. To summarise the discussion we had in this review would be impossible, however I can say that it was clear that Mary had influenced our group measurably, in just under an hour. “There is no alternative to human thought” one man declares, echoing Mary’s notion of world pictures. “We are creatures of our own myths” claims a woman sitting opposite me. As long as our society continues to endure the consequences of anthropocentricism and debate humanity’s role on the planet, it is evident that Mary’s work will remain both extraordinarily and tragically relevant.