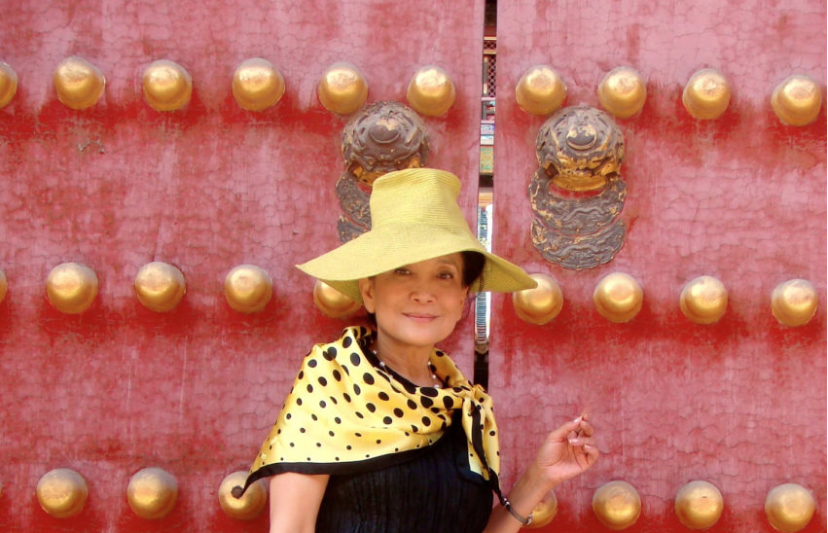 Jung Chang, a prolific writer on Chinese society and history, shared with the audience details of her latest novel Big Sister, Little Sister, Red Sister. The text is an exploration of the lives of the three Soong sisters, Ai-Ling, Mei-Ling and Ching-Ling, who were powerful political figures in China during the 20th century. Described as a modern Chinese fairy-tale, Chang shares how she wrote about the story of these sisters to demonstrate how they were far more than the ‘caricatures’ they are often portrayed as being. The event offered a unique opportunity to gain an understanding of three significant historical figures, often excluded from the public sphere of awareness, who shaped the course of modern Chinese history and politics.

Chang shared aspects of her personal life throughout the event, describing her difficult beginnings as a writer. Growing up during the Cultural Revolution and the reign of the Red Guards, she was forced to flush her poetry away in fear of punishment for her and her family. Chang spoke of her childhood love of writing, and the dangers this posed during the 1950’s, 60’s and 70’s. Writing was a dangerous profession, with writers condemned, driven to suicide and often executed. In light of this context, myself and much of the audience felt in awe of the courage and commitment of Chang to share such important stories of China with the world, particularly considering Chang’s writing is still banned today in mainland China.

It was only when she came to the UK to study, and was no longer forbidden from writing, that Chang felt she could not write. She poignantly describes how she felt writing her history would be looking inwards and backwards to a place she wanted ‘to forget’. With a visit to London from her mother some years later, and a conversation amounting to sixty hours of tape recordings about their history, the desire to write returned, leading to her familial history Wild Swans. Chang’s falling in and out, and in again, of love with writing has led to a rich collection of writing, and I for one feel privileged to be a recipient of her talent.