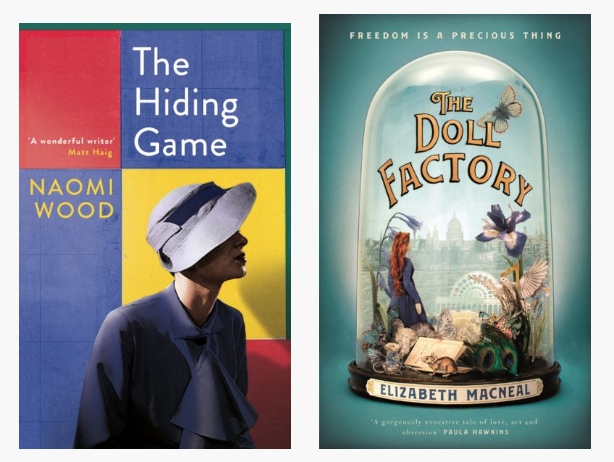 Durham’s Palace Green Library boasted a riveting discussion between two acclaimed authors for this event. Held in the library’s gorgeous museum room, Elizabeth MacNeal and Naomi Wood talked everything from the Third Reich to a dream of having a set of false teeth.

Chaired by New Writing North’s Anna Disley, we start with a reading from the writers’ new novels. Naomi Wood’s The Hiding Game intricately tells a story of experimentation, love and loss in the Bauhaus art school in Weimar, Germany. With hedonism, drug-taking and fancy dress the order of the day, Wood explains how she found the inspiration for the story when visiting the Barbican museum in 2012. There, she saw a photograph of students from the Bauhaus school dressed up in various “metal” outfits in the 1920s and began to wonder; “how can I corrupt this image?” The novel covers a decade at the Bauhaus, remembered by her protagonist Paul in the 1970s. Wood comments that there seems to be a tragic overture of the Third Reich’s rise in 1933, and wonders whether her children will look back at today’s politics and ask “Mum, why didn’t you do something?” “Why don’t I do something?” she asks herself. The audience hums in approval.

Then, Elizabeth MacNeal introduces her debut novel The Doll Factory. A tale of obsession and control, her female protagonist attempts to break free from society’s limitations to become a painter. With the backdrop of the Great Exhibition and the Pre-Raphaelite brotherhood, MacNeal draws inspiration from Lizzie Siddal, the artist and model who posed for some of Millais and Rossetti’s greatest works. It’s a story about “dreaming and ambition and yearning”, she says.

A challenge for both writers then, was the melding of fact and fiction. Real historical figures such as Otti Berger and Paul Klee appear in Naomi Wood’s The Hiding Game, whilst MacNeal makes reference to Charles Dickens in The Doll Factory. They discuss how the research needed to accurately portray these periods in time is often exciting, liberating, and “if your novel fails then at least you’ve taught yourself something!” Wood jokes.

With the rights to televise The Doll Factory already sold, and The Hiding Game receiving rave reviews across the country, these two writers are certainly ones to watch.