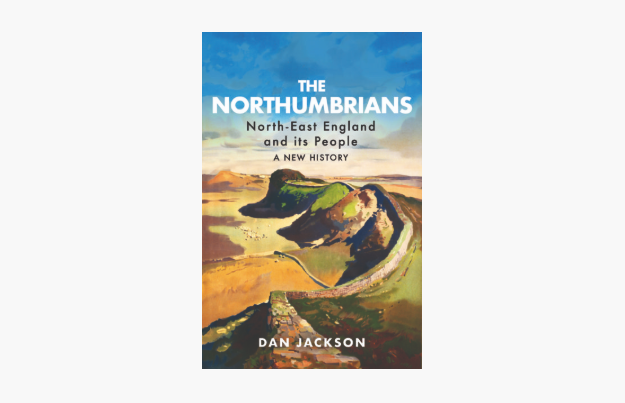 Dan Jackson grew up in Blyth. His bedroom window overlooked the power station and his parents would make him say goodnight to it – almost as if it were a bizarre member of their extended family. The Jacksons lived in a typical pit village, and his relatives were miners and soldiers. This, to Jackson, is the crux of the Northumbrian People and at the heart of his highly successful book The Northumbrians.

The military tradition in Northumbria is illustrated clearly by the ‘Fighting Fifty’- the Northumbrian Fusiliers. This brigade was nationally (and arguably internationally) renowned for their bravery, stoicism and readiness. They were the first to arrive for battle and last to leave, a driving force of the British Army. The comradery and skill involved in this military tradition directly translate to the other major aspect of Northumbria tradition – mining.

Historically, mining and shipbuilding have dominated the region. Both are difficult, dangerous forms of work, but were integral to Britain’s naval success and status as a powerhouse. This created a culture of hardworking hedonism, where a job well done was celebrated with heavy drinking and male camaraderie. Men earnt enough to support the household, and women did not work outside the home. During his talk, Jackson noted that women are often overlooked in Northumbrian History.

Jackson spoke about the uncertainty of Northumbria’s future. When the mines were shut down, the region suffered not only in terms of employment, but also identity. He cannot predict what will fill the chasm that has been left behind, or if the region will fall into it. Jackson felt that though major employer Nissan has come to the region, it did not provide the satisfaction that mining did.

This was a thought-provoking event and Jackson engaged the audience. His book has proved so popular that it has sold out at bookshops across the region. What was so special about his talk was its closeness to home. If the region can come together as one, and overlook football team and dialect differences, there is a future for Northumbria as majestic and important as its past. It is our past, our present and our future being discussed: Jackson’s work is a homage to us.