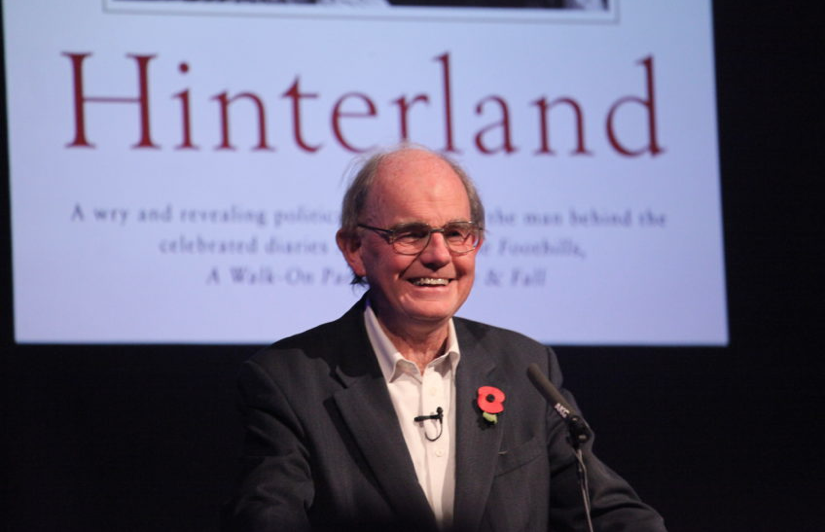 I was glad to be back in the Gala Theatre for this event. After not getting a chance to review an event here last year it was a welcome sight. In previous years, some of my favourite events have been in the theatre, such as An Evening with Anthony Horowitz and Stay Safe with Chris Ryan.

I went into the event with fresh eyes, not wanting to have any pre-conceived ideas. But, as has rarely been the case with Durham Book festival events, I felt that I could have benefited from having some prior knowledge of both of Mullin’s books. The event covered two books, that were written over 30 years apart, and also had a lot of political context, meaning that I felt slightly out of my depth.

Sure, there were names I recognised that cropped up, Johnson, Corbyn, etc, though I feel the overall weight of most of the comments were lost on me. However, I did find solace in the general chat and in the information that was more familiar to me. There was definitely plenty of insightful conversation and humour, which I greatly appreciated. There seemed to be a Mexican wave of nodding heads at times, as the grand percentage of the audience understood things I did not. However, the addition of live subtitles aided with my understanding of the event and I was impressed by this new feature of the festival.

What I found most interesting about the event was how Mullin’s new sequel, The Friends of Harry Perkins, was primarily brought about due to a great deal of the original book’s predicted events coming to pass. I also found it quite amusing that Mullin mentioned he felt the pressure to write the first book with speed, after discussing it with several people who all told him they were writing something similar. It seemed to prove the competitive nature of the literary world, this confession being a humanising factor which I could relate to.

Though I didn’t understand all the political comments, there were moments throughout which I appreciated. For example, I liked Mullin’s remark on how a lot of the upper class, or more so “the posh people” say that they want their country back, yet they already own a lot of the country anyway! I massively admired Mullin’s bluntness and honesty in these remarks, traits I feel aren’t always seen in this kind of setting.

Overall, the event struck me as a political discussion rather than a focus on the book, if I’m honest, though it made for an entertaining hour and was intriguing enough, despite me not being very politically minded.