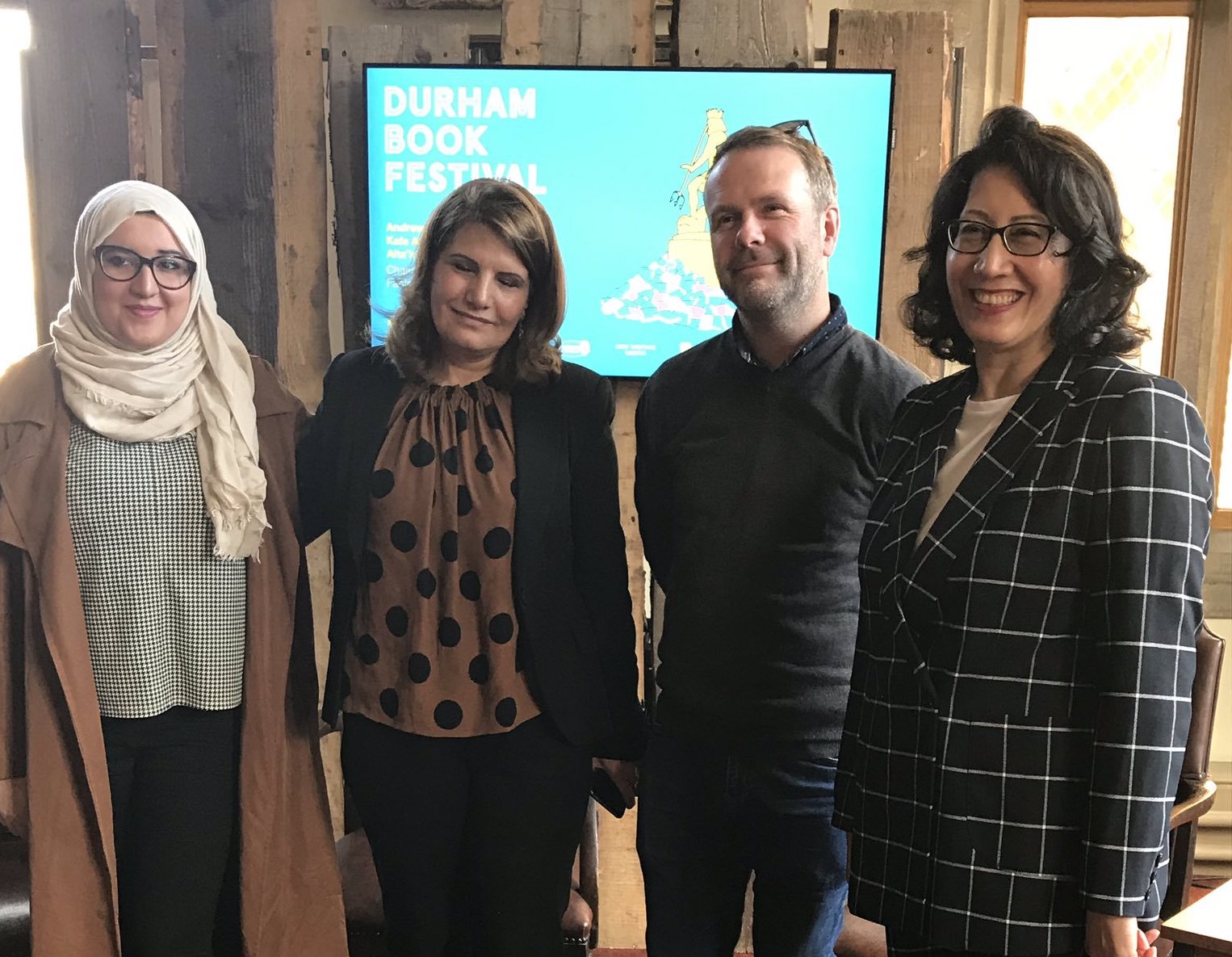 “We live in dark times” says Fadia Faqir as she introduces the Alta’ir exchange project. Clearly, this was not going to be a light-hearted discussion.

The Alta’ir exchange project was set up in 2018 and involved sending British author, Andrew Michael Hurley, to the British Institute in Amman, Jordan for two weeks. Meanwhile Jordanian author, Kafa Al-Zoubi, would spend the equivalent time at St Aiden’s college in Durham. Why? To create “an antidote to the toxic culture of hate prevailing all over the world” Fadia explains. Today, we were about to witness the success of Fadia’s project.

One of the peculiar results of the project is Andrew and Kafa’s near-obsession with the idea of space. The event kicks off with Andrew reading of a couple of excerpts from his novel, Devil’s Day, in which the characters try to draw out every detail of the Lancashire uplands on a map made from baking paper. In the second excerpt, the protagonist realises that “whatever has been named has been named from a distance” and suddenly, in the context of the exchange, Andrew’s novel seems to transform from the Gothic to the geopolitical when we consider the lines on maps that too have been drawn from distances such as from the UK to Jordan.

Perhaps what really took the audience by surprise was Kafa’s brilliant outspoken-ness on the issues with Jordan, Saudi Arabia and, indeed, the western countries that support them. Again, the issue of space arises as she claims that she regularly meets people from different cultures and places, and although distance can cause disparateness, she feels that there is often a closeness felt on an intellectual level. Kafa is not fluent in English yet, and at first seems nervous to talk to the audience. Yet, once speaking in Arabic, her demeanour is confident and powerful as she asserts (as translated by an equally confident Durham student) that the Arab writer is not free. The rather dark tone is maintained by Kafa and she explains that Arab culture surrenders to Scripture, nor can Arab society criticise scripture – even her readers would be victims of a grave “witch-hunt”. Despite this bleak observation, Kafa does envisage a “potential Arab enlightenment”, providing the audience with some hope for the future.  Perhaps Fadia’s project brings us one step closer towards it.