REVIEW: An Evening with Roger McGough 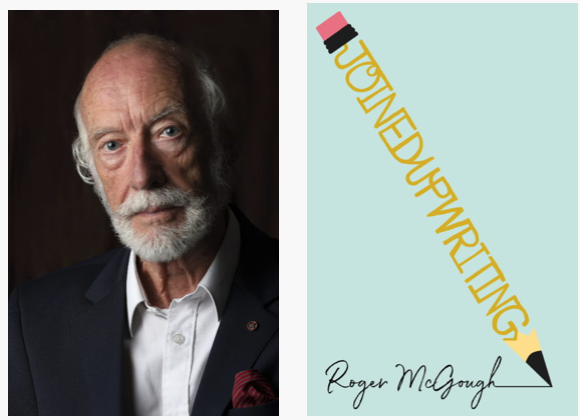 After an introduction by Durham University’s David Waugh, Roger McGough sprang onto stage at Durham’s Gala Theatre on 7 October for a night of poetry, anecdotes and laughter. McGough looks out over the audience, takes a deep breath… “A duck walks into a bar” he begins and the crowd chuckle, easing back into their seats. “That was a joke by the way, not a poem!” He says, and the laughs get louder. What would follow would prove to be a thoroughly entertaining night of candid stories, witticisms and readings from McGough’s excellent new poetry collection joinedupwriting.

The humour of McGough’s poems made the event accessible, even to those who aren’t familiar with his vast back-catalogue. Modest and unassuming, he jokes at length about his childhood during the war, his time as poet-in-residence for British Telecom, and even his stint as the voice of Waitrose. With a warmth and charisma onstage that so many performers, let alone writers, dream of having, it felt from the off that the Durham crowd were in very safe hands. Many topics meander through McGough’s readings.

From contemporary politics to climate change, to Killing Eve and Jodie Comer, his poems are remarkably of the time. Concise and playful, McGough’s work is filled with positive reflections on growing old, which coincide with his work with Age UK. Reflecting on the relationship he has with his children, McGough decides it’s “time for payback” for all the support he’s given them over the years. “Oh Lord, let me be a burden on my children!’” He exclaims, as the crowd erupts into laughter and applause. Poems such as ‘Let Me Die a Youngman’s Death’ and ‘Vow’ –not to mention the anthology The Mersey Sound–have become staples of poetic discourse worldwide, yet McGough’s writing has not been dulled by the passing of time. Endlessly charming, witty and socially conscious, Roger McGough entertained the Durham crowd with ease and showed once again why he is one of Britain’s most successful and best loved poets.