Review: An Audience with Alexander McCall Smith by Jemima D’Souza 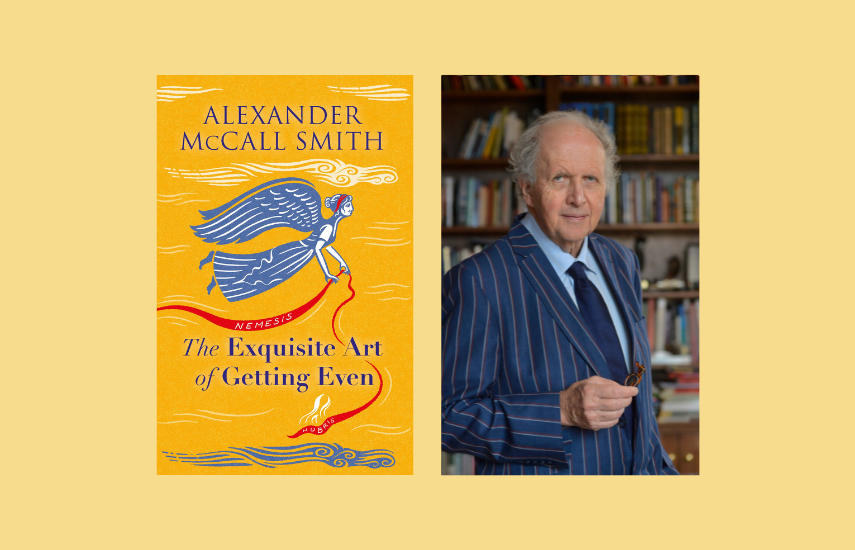 If you want a medicine to cure all ills, an evening with Alexander McCall Smith is the best prescription. Dressed in a red and white spotted tie and evening scarf, which blended to a beautiful pink on stage, McCall Smith shared generously from his endless supply of diverting anecdotes. The audience was full of laughter, and so was McCall Smith himself, often breaking into giggles partway through his stories.

During the evening, McCall Smith took us travelling across the world, from Edinburgh, which he said has “the highest incidence of pushy mothers in any British city”, to the Isle of Mull, and further, to India, Australia, and of course, Botswana, the setting of The No. 1 Ladies’ Detective Agency. His anecdotes covered all sorts of real people, including a nine-year-old aspiring property developer, and British civil servants whose worth is rated by the size of their carpets and the number of drawers in their desks.

Among his many recent works is a poetry collection, In A Time of Distance: And Other Poems, from which McCall Smith shared two pieces. The first amusing poem was inspired by n sign he spotted in America, ‘College of Hypnotherapy, Next Right’, and the other was a poeticised flight announcement called ‘The Language of Pilots’, which he stood to deliver with the appropriate gestures.

McCall Smith talked about his writing process, saying that his stories are unplanned, occurring to him as a “flowing stream of events”. He’s often surprised by what happens to his characters – one even succumbed to a literal bolt from the blue. Recalling the origins of The No. 1 Ladies’ Detective Agency, McCall Smith explained that, although he knew Precious Ramotswe would start a business, he hadn’t known what type it would be: “It could have been a dry cleaners,” he said, “but the dry-cleaning novel is less popular than the detective novel.”

Responding to an audience question about his preference for heroines, McCall Smith described his preference for female conversation and women’s willingness to discuss feelings and motivations. He pointed out that “female authors write about men with great insight, so I think men can do that, too”, and cited Barbara Pym, Jane Austen, and the protagonists of The Lonely Passion of Judith Hearne (Brian Moore) and The Prime of Miss Jean Brodie (Muriel Spark) as his background inspirations for wanting to write about women.

Being in Alexander McCall Smith’s company is as joyful and charming as reading any of his books, and I highly recommend it to anyone who enjoys feeling happy. McCall Smith was very well-liked by the audience, which was made up mostly of silver-haired ladies – but he would be a pleasure for all, whatever your age and gender, and whether you have read all his multitudinous books or haven’t even begun your first.