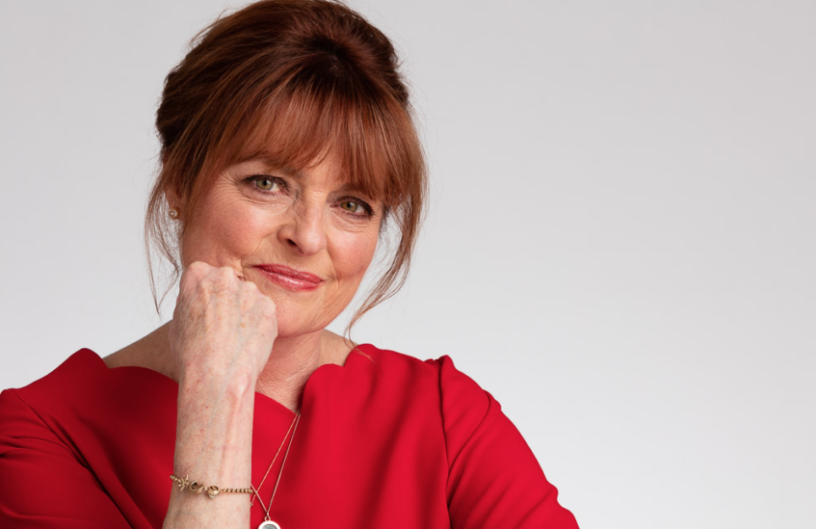 Durham Book Festival offered a delightful set up of coffee and cake, going above and beyond for the event’s promise of ‘Afternoon Tea with Janet Ellis’, chaired by Jo Ellis. Of course a joke was made about their shared surname; upon introduction, Jo commented, “No relation,” and the audience laughed. Janet Ellis has written two novels, both very different in setting though similar in theme. Ellis discussed the nature of visibility for women as they grow older and learn to choose what they show to the rest of the world. Her second novel How It Was speaks for a generation of women who see the challenges and triumphs of feminism happening in the background of their lives while not being feeling fully affected by it. Ellis compared her new publication to her 2016 novel The Butcher’s Hook, commenting that the latter creates “a sense of women who are smart but can’t get anywhere”, while How It Was traces the stages of womanhood and the selective choices to become invisible to the world.

Ellis brought up a focal point within the novel, which is the male reaction to the sexual revolution of the 1960s. There is a character who is in a relationship with both a mother and her teenage daughter, and whilst for women this turning point represented freedom, liberation and sexual empowerment, for a great deal of men, such as this character, the invention of the pill was a realisation that they could pressure more women into sleeping with them.

Ellis moved on to discuss her experience of the act of writing, stating, “I’ve always loved the power of words.” While the strenuous mother-daughter relationship in How it Was is not based on her own life, Ellis commented, “Writing allows you to step into the terrible parallel of ‘what if’. I write it out to see how the ‘what if’ feels.” She emphasised the importance of discovering that we can cope with the worst circumstances despite our belief that we don’t have the resources. Ellis’ prose is visceral and emotive, and Jo Ellis inquired as to the reaction to an ex-Blue Peter presenter writing scenes of a sexual or violent nature. Ellis responded that having a time gap between Blue Peter and writing helped, and that writing later in her life was liberating in many ways, “It’s like hearing voices, it’s like hearing an insistent tone.”

Joining a writing course was a great encouragement to Ellis writing her first novel as it helped her learn that good criticism is not correction, “It definitely was being able to see miraculously that just changing something doesn’t make the rest slip through your fingers like water.” Ellis’ first novel is set in 1763 (“Because nothing happened”, Ellis joked) and How It Was spans two timelines, and so Ellis’ approach to research is an interesting one, “The best research is like a room full of cupboards where you know what’s in them but you don’t have to open them.” While she admits she felt very fearful about writing her first novel and about starting afresh once more with her second novel, she explains, ‘At a certain point you know you have to walk through the fire.”