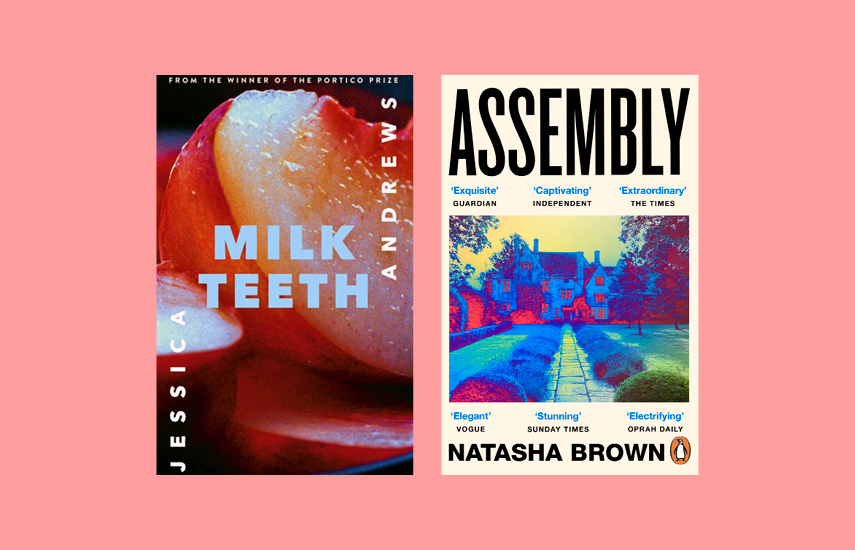 The New Fiction event, chaired by Dr Naomi Booth showcased two exhilarating voices in contemporary fiction: Jessica Andrews and Natasha Brown. Both authors explore language usage and utilise unnamed female narrators in their works, which are bewitching and blur the boundaries and landscape of fiction.

Jessica Andrews discussed her latest novel Milk Teeth (2022), a sticky and sensual book that weaves dual narratives of the past and present; sun-drenched Spain contrasts the static streets of Bishop Auckland, which are framed by a captivating love story.

Milk Teeth deals with the toxic body culture of ‘heroin chic’ as the narrator grapples with the feeling that making herself smaller will allow her to gain a sense of belonging in the world. Luscious food descriptions are harnessed throughout the story to juxtapose this; Andrews stated during the event that her intention was to make the readers hungry. To want more and to eat and revel in the luxury of senses. To feel in a loud and noisy way, unashamed.

Andrews’ work considers Northern identities,which is also seen in her Portico prize debut Saltwater (2019). The wrought industrialism of the landscape contrasts the evocative and voluptuous prose that develops the reader’s appetite for more.

Natasha Brown’s debut Assembly (2021) utilises form in an explosive way; including train times and a shifting perspective to tell a unique story of a woman attending a lavish garden party at her boyfriend’s family estate. The setting opens up discussions of the familial bonds we hold, and how black women are viewed in society.

Assembly pushes the limits of language and storytelling, highlighting the narrator’s fragmented sense of self. The stream of consciousness shifts and situates the unnamed narrator, as she comes into her own throughout the novel. She struggles with questioning her position in life: her place in society, her career, and relationship. Race, class and a feeling of not belonging are highlighted by the mesmerising prose that is poetic and fluid in nature.

Brown boldly read from the final chapter of Assembly during the event, eliciting a gasp from the audience. Discussing how ending the novel on the word uncertain echoes the sentiments of the fragmented narrator throughout.

Throughout the event both discussed being female contemporary authors and situating themselves in the landscape. The author’s discussed their ‘feminine’ language usage in a discussion that evoked Hélène Cixous’ The Laugh of the Medusa (1976) during the Q&A portion of the event. Cixous’ seminal essay urges women to write for themselves, to reclaim the male-dominated space whilst using ‘feminine’ or poetic language. The author’s discussed their evocative and beautiful use of prose, and how it is seen as an act of reclaiming the space of writing for women.

When asked by a member of the audience why the author’s chose to not name their protagonists, Andrews answered that she had initially planned to name her narrator and the love interest; however, she ultimately decided the piece would feel more relatable to the audience if the characters were unnamed.

The event was effervescent, lighting up the drizzly Durham afternoon. The authors were bright, inspiring and unforgettable – as are their books: Assembly and Milk Teeth.