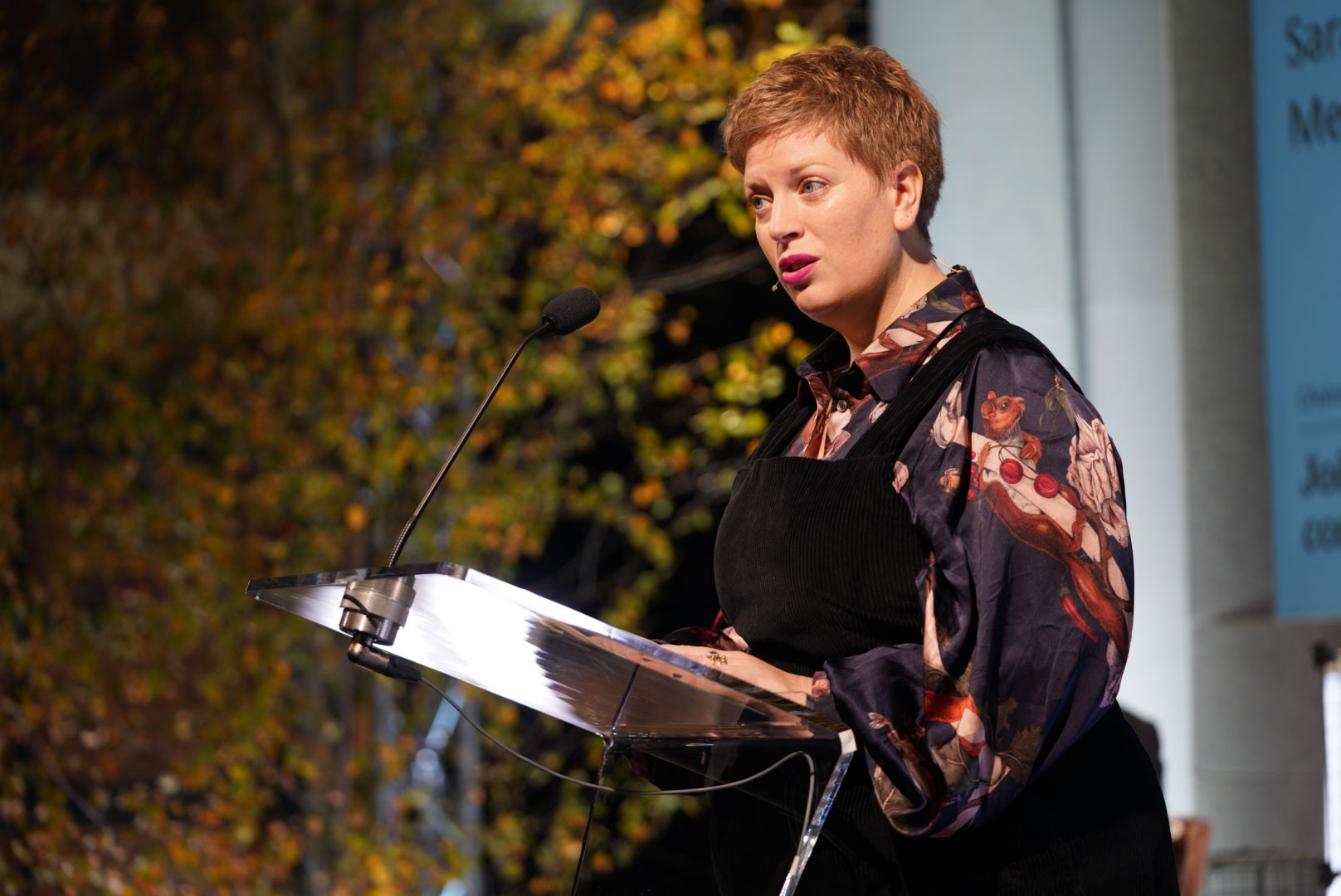 Despite her place as one of Durham Book Festival’s biggest names this year, Sarah Perry’s Melmoth event offered one of the most comfortable and welcoming atmospheres of all that I’ve seen so far.

Perry was refreshingly honest (some might argue too honest) about the writing process. So often we see authors as superior beings, labouring over novel after novel, but Perry dismissed the rigorous process of other writers and repeatedly told us, ‘I’m lazy.’ Often intimidated by writing tips, she claimed that she put off writing ‘until she absolutely had to.’

Likening her process to one shared by many of his students, Professor Simon James (Durham University) offered a welcome insight into the novel, opening up the conversation about gender roles within Melmoth. Perry’s subversive protagonist is a cursed woman. Knowing the men of Jerusalem will not believe her when she tells them Christ has risen, she denies it has happened. In a culture where ‘women need to be believed’, as James put it, Perry’s villain feels especially relevant and timely. Perry’s innovative ethos and purpose for the novel only became more apparent more as the event went on. Although the debate surrounding political art keeps raging, Perry viewed it simply. After the Orlando massacre at Pulse nightclub on 12 June 2016, she spoke of her realisation that ‘the only way I could carry on being a novelist was to make the novel count.

Writers don’t often want to risk alienating their audience, but Perry was unapologetically herself the whole way through, giving an abrupt ‘no’ when asked if she did a lot of research into the tone of her novels. I can’t claim to know her, but I imagine the individual on stage was her character in person. She might have told the audience she was lazy and that she didn’t research into tone, but Perry (as James puts it) has one of the most evocative prose styles I have ever heard. She went into vivid detail with her character description, which can sometimes feel contrived, but her stage presence and style was immersive in a way often hard to accomplish when you’re reading the book for yourself.

As for what she’s doing next, Perry doesn’t want to keep ‘treading water.’ She wants to challenge herself, and it is good to see an author who hasn’t just found what’s successful and decided to stick with it. She might call herself ‘lazy’, but clearly her writing is not.