EVENT REVIEW: Robert Webb: How Not to Be a Boy 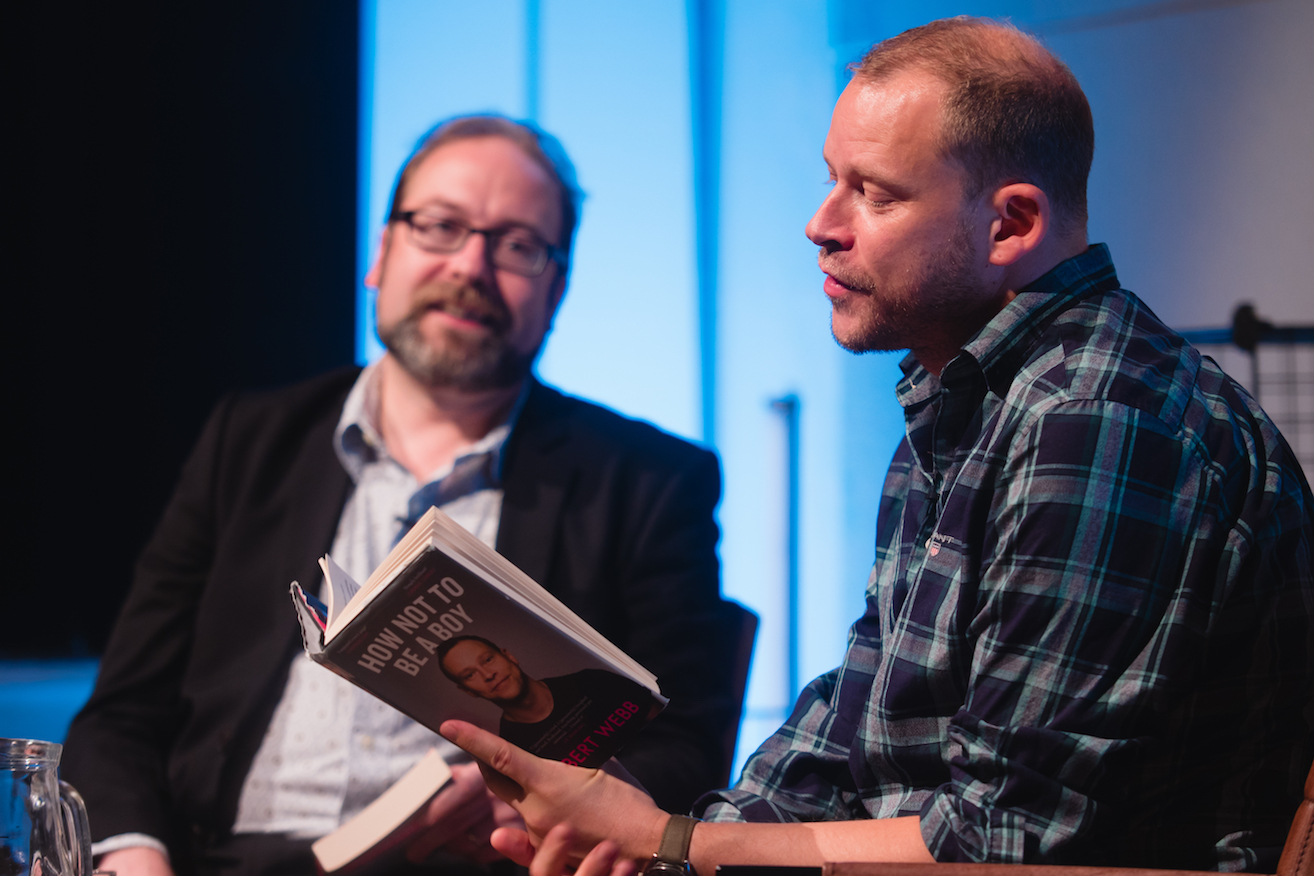 Being one of the most distinctive figures in British comedy, Robert Webb has dazzled the public with tear-inducing sketches, late-night shows and comedy scorchers with his partner-in-crime ( David Mitchell) for over a decade. In the wake of his new autobiographical release, How Not To Be A Boy, Webb discussed his inspirations and described his thought processes as he was writing this compelling book. Centred upon the ingrained concepts of gender-conditioning and how we should oppose it, How Not To Be A Boy is a provoking account of Webb’s unconventional attitudes growing up, which shows how our sense of self is shaped from the earliest points of childhood.

He read extracts from his book with a charismatic flair, delving into the ‘bum pinching’ escapades of his ‘punk gorm kraken’ school acquaintance Kenneth Gibbs, and the rightful humiliation he faced when every female in the class admitted to his supposedly ‘playful’ harassment. Webb discusses how men should credit their ‘male privilege’ and lists the rules of boyhood that were ruthlessly ingrained into him growing up, such as the one that states it is ‘paramount to despise girls’. His term for the lurking bigotry in males is a clever play-on-words – the ‘Farage in the Garage’, in reference to the controversial UKIP leader. Webb challenged these issues with both humour and an acute social awareness.

When questions were passed to the audience, Webb addressed his writing style as a ‘natural way to communicate’. He also lightheartedly rejected any influence his childhood had on his character from ‘Peep Show’ – stating that he is simply a character constructed by writers – and agreeing that he is purely a ‘feckless, irredeemable ‘sh*t’, which evoked a collective chuckle from his audience.

Ending his talk with a profound comment, Webb truly displayed to his audience the importance of recognising gender-conditioning in a thought-provoking manner. A woman beside me declared ‘that was much better than what I thought it would be!’ summing up the stunned consensus of the crowd. This event left me feeling invigorated and has compelled me to now pick up How Not To Be a Boy as essential reading – because ‘gender conditioning happens to boys too’.