EVENT REVIEW: Inside the Archives: Witches and Monsters 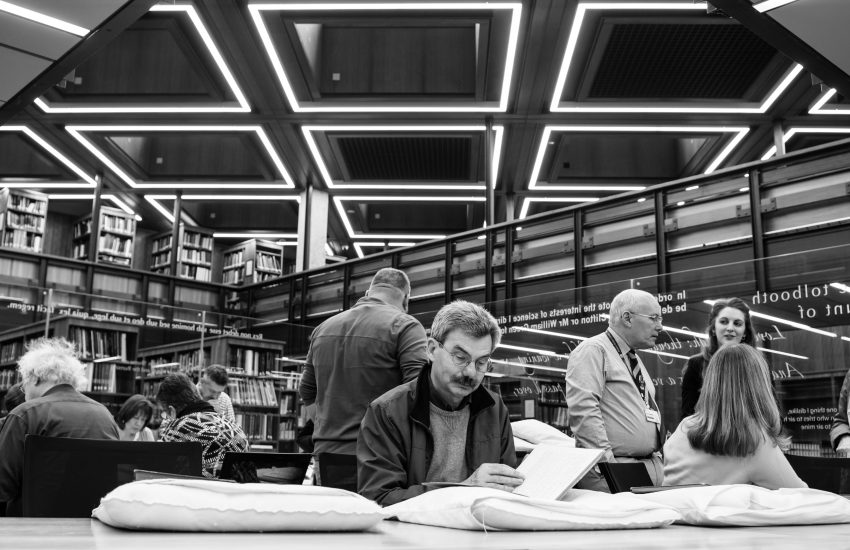 This event involved an interactive and hands-on discovery of witchcraft throughout history, journeying deep into the archives of Palace Green Library. Our guide was the Assistant Keeper Francis Gotto, and his comprehensive introduction proved essential to navigating the texts. He began by asking us how many of us, out of the twenty present, believed in witchcraft – four raised their hands. By the end of the time spent travelling through all the manuscripts and the secrets they had to offer, I wonder if there may have been a few more believers in the crowd – not just of witches and monsters, but of the importance of accepting alternative views in modern society.

I was interested in the contrast of how, at different times throughout history, not believing in witchcraft could be just as idolatrous and heretic as believing in witches. Exploring texts from Horace and the Salem Witch Trials, and then onto local examples in the North–East, we were able to look through the lens of contemporary authors and explore their views through first-hand accounts of those who interacted with people accused of witchcraft. What was even more impressive was how we were able to handle many of these ancient sources, beautifully bound and illustrated with artistic wood-cut prints.

Noticeably, the prevalence of witchcraft in history accompanied periods of political unrest, which often targeted those least able to defend themselves. Gotto’s explanation for the accusers of witchcraft often being the lone women in society was particularly sensitive and enlightening. In an environment which was particularly difficult for widowed women or those without a source of income, they relied upon charity from neighbours and other community members. If one such neighbour refused a request, they were more likely to attribute any bad occurrence to the vulnerable members of society. Such a strange balance of power could only be described as the deadly potion that led to a mindset of accusation and vengeance. Accusations didn’t have to be based on anything other than words – and especially when so many of the accused were routinely tortured to the point of giving false confessions. It was clearly a mindset of fear and shame that motivated many of these accounts we explored.

We now inhabit a world where witchcraft, Wicca and pagan ideology is becoming increasingly more common and acceptable. As I took a step back into our modern world, I found that I was incredibly glad that such practices of fear, shame and accusation aren’t as prevalent in our society. However, I soon realised that although we might have changed how we perceive witches and monsters in the broadest sense, there are still vulnerable people within society at risk of being marginalised, and who are in need of our empathy, acceptance and understanding.