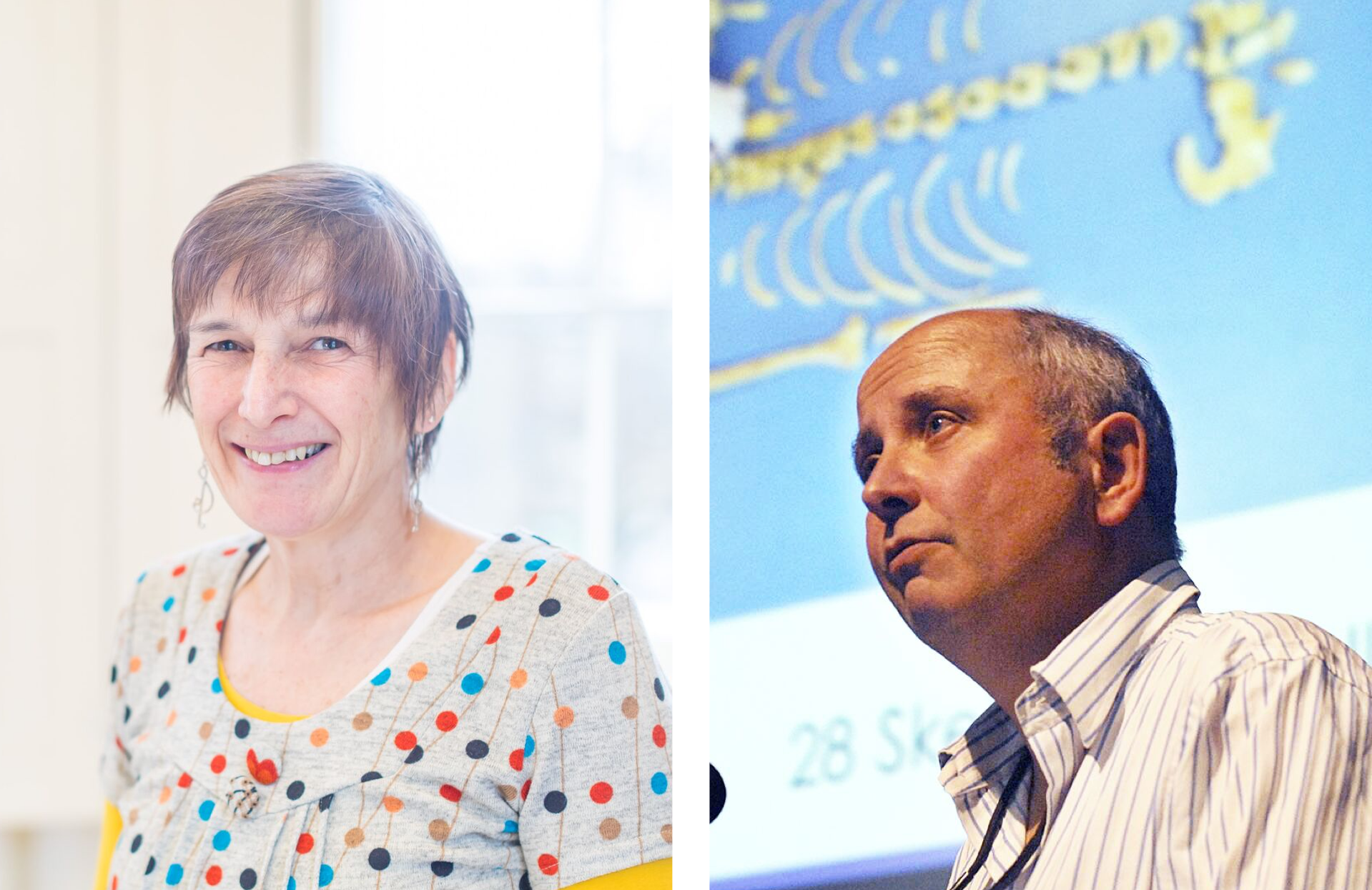 When the excavation of Palace Green Library’s foundations began, the archaeologists were completely unaware of what they were about to discover. More than two metres down awaited the bodies of twenty-nine individuals who would light the spark of curiosity both within the academic community and the general public. Professors Christopher Gerrard and Charlotte Roberts, leading experts in Archaeology of the Medieval period in Britain and osteoarchaeology and palaeopathology respectively, spoke about the ‘Bodies of Evidence’ project that uncovers the stories of the Scottish soldiers found under the Courtyard Café in 2013.

Their talk invited the listeners to follow their thoughts as they revealed one of Durham’s best-kept secrets. ‘We found two mass graves,’ says Gerrard; ‘over that winter of 2013-2014, little clues to their identity began to come to light. The first clue is that they were all males, and the second was that their age range was very restricted – they were all aged between thirteen and twenty-five years old.’ Gerrard went on to describe the data they obtained from the skeletons, as well as their conclusions, in an academic yet accessible way. ‘We had sufficient clues as to identify them as being prisoners from the Battle of Dunbar,’ he revealed.

But Gerrard and Roberts did not stay in the scientific side of things for much longer. As Roberts stated, there is no use analysing human remains if you do not have a question you would like to answer. Gerrard’s new book on the project, Lost Lives, New Voices, was co-written with fellow archaeologists. It goes deeper into the stories of the soldiers who participated in the Battle of Dunbar in 1650 (which involved England and Scotland), letting imagination fly at some points, but always with an analytical grounding that readers with a previous interest in archaeology will find compelling.

On the other hand, the participation of Professor Roberts in the project has led to a second edition of her Human Remains in Archaeology: A Handbook: a well known book amongst archaeology students which now includes case studies of the Scottish soldiers. In this book she pays special attention to the ethics surrounding human remains, acknowledging the need to expand certain practices – like the reburial of human remains (which has been accomplished in the case of the Scottish soldiers) – but which is still a matter of discussion in the field of archaeology. Ethics, and the need to make an exhibition that was respectful with the bodies of the soldiers, was one of the main subjects of the talk. That is why, as they explain, none of the soldiers were displayed, and instead the bones of a 12-year-old boy revealing how certain pathologies reflect in the bone was shown to visitors, as an example of how the world of palaeopathology works. ‘Still, I would have changed some things,’ says Roberts, referring to the exhibition.

It is precisely this aim to introduce visitors to archaeology and the story of these soldiers that has been the main goal of the whole project. ‘Bodies of Evidence’ has been much more successful among the general public because of how it has been managed and, Gerrard and Roberts argue, because it appeals to the emotions. It touches on topics of nationalism and Scottish identity without getting into controversial politics. ‘We’re all interested in our family lives – where we come from – and that is the true power of this project,’ says Gerrard. It not only deals with those soldiers who died at Durham, but also with those who were imprisoned here and then went on to fight in the war against France, to be coal miners in the North-East, or to migrate to such remote places as Barbados or Boston. Some of the latter’s descendants have been involved in the project, which just proves how much we as humans are as interested in where we come from as where we are heading to.

Lost Lives, New Voices is the summary of years of investigation wrapped in the stories of the individuals found at Palace Green, and of those who managed to make a living elsewhere. It is thus both a local and global story, which became clear throughout the talk. Overall, it was a captivating talk and I must confess that, as an attendee, there were times when I looked down at my feet and wondered what else might be hidden beneath them, waiting to be discovered.