The winner of the Gordon Burn Prize 2017 is announced 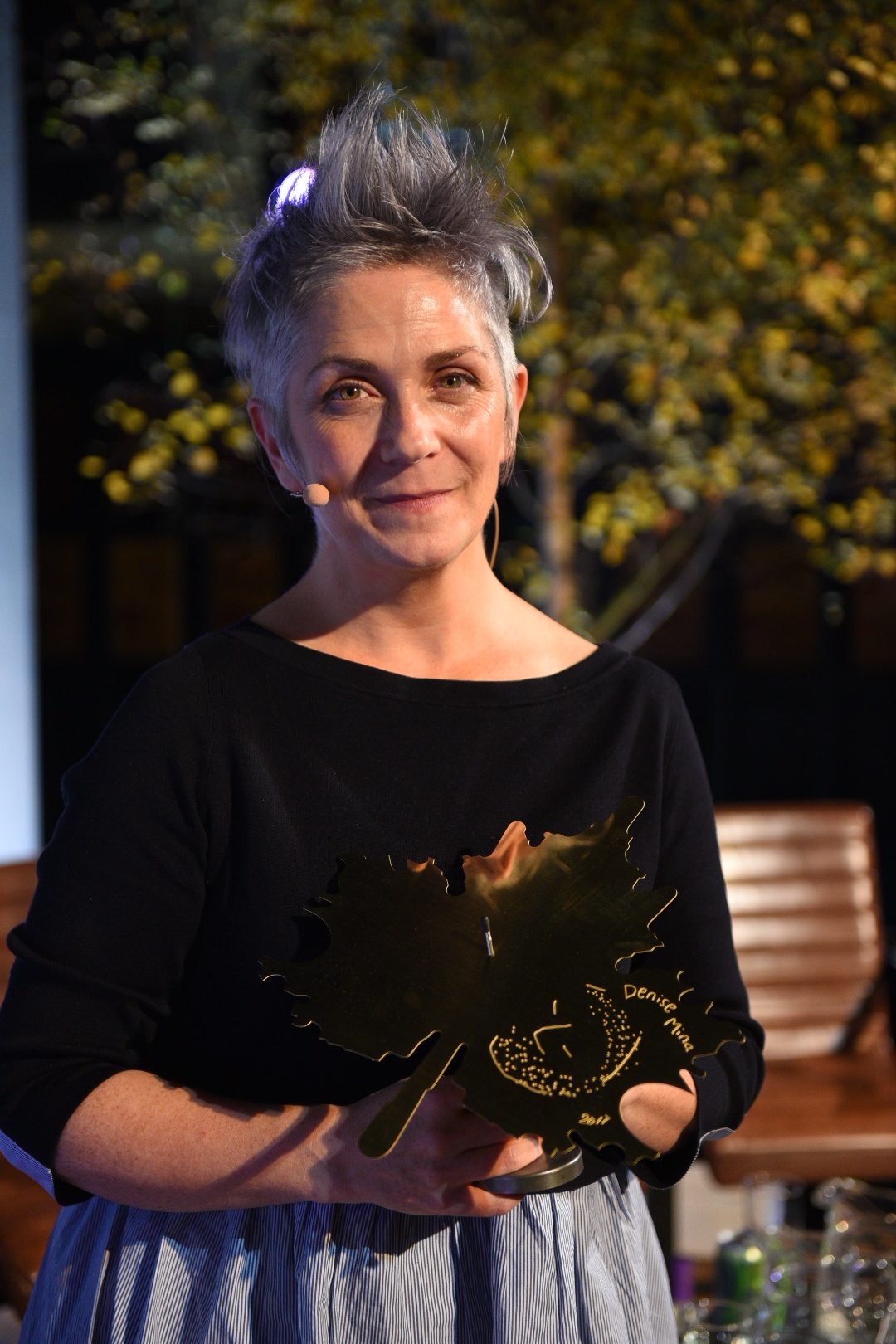 The Gordon Burn Prize 2017 was awarded this evening at Durham Book Festival to a writer that turned dreadful fact into eerily engaging fiction. The selection continues the prize’s tradition of recognising brilliant and unique work, the most interesting of contemporary writing. This year it salutes the writer’s brave and daring journey into the dark heart of a notorious Glasgow crime in the service of bringing the story to the page.

The Long Drop was selected from six shortlisted titles of fiction, memoir and travel writing. Mina takes us back to Glasgow in the late 1950s where a series of deeply disturbing and violent murders have shaken the city. The novel is based on the true story of William Watt, who wants answers about his family’s murders, and Peter Manuel, who has them. The reader is drawn in to this unsettling relationship and the gaping chasm between the official verdict and the story people tell each other.

Novelist, broadcaster and journalist Ian Sansom, one of the judges, commented: “Denise Mina’s The Long Drop is a truly startling and shocking work whose great literary ambition and inventiveness is matched by its moral complexity. In the opinion of the judges, the book upholds and continues that great tradition of literature both as a form of radical inquiry and as great pleasure, epitomised in the work of Gordon Burn.”

Denise Mina has published twelve novels, as well as writing short stories, plays and graphic novels adapted from Stieg Larsson’s Millennium Trilogy books. The Long Drop was published in March 2017 and immediately garnered praise as “a masterpiece by the woman who may be Britain’s finest living crime novelist” (Daily Telegraph) and “not just a success and a thrilling read in its own right, but a game-changer for the genre” (Stuart Kelly, Scotland on Sunday).

The prize was established in 2012 to celebrate the legacy of one of literature’s great innovators. Gordon Burn’s writing was precise and rigorous, and often blurred the line between fact and fiction. Over the past 18 months and since the advent of Brexit and Trump, we have seen the emergence of ideas like ‘fake news and ‘post-truth’. Gordon’s writing often explored these murky and ambiguous territories. He grasped, intuitively, how supposedly ‘fact-based’ reportage can warp the truth just as fiction can aspire to reveal it. In this respect much of his writing has the ring of contemporary relevance to it.

He wrote across a wide range of subjects, from celebrities to serial killers, politics to contemporary art; his works include the novels Fullalove and Born Yesterday: The News as a Novel, and non-fiction including Happy Like Murderers: The Story of Fred and Rosemary West, Best and Edwards: Football, Fame and Oblivion and Sex & Violence, Death & Silence: Encounters with Recent Art.

The Gordon Burn Prize, run in partnership by the Gordon Burn Trust, New Writing North, Faber & Faber and Durham Book Festival, seeks to celebrate the work of those who follow in his footsteps: novels which dare to enter history and interrogate the past; nonfiction adventurous enough to inhabit characters and events in order to create new and vivid realities.

Discover all of the Gordon Burn Prize 2017 shortlist:

• Black Teeth and a Brilliant Smile by Adelle Stripe (Wrecking Ball Press)
• Border: A Journey to the Edge of Europe by Kapka Kassabova (Granta Books)
• First Love by Gwendoline Riley (Granta Books)
• The Long Drop by Denise Mina (Harvill Secker)
• This Is Memorial Device by David Keenan (Faber & Faber)
• This Is the Place to Be by Lara Pawson (CB Editions)