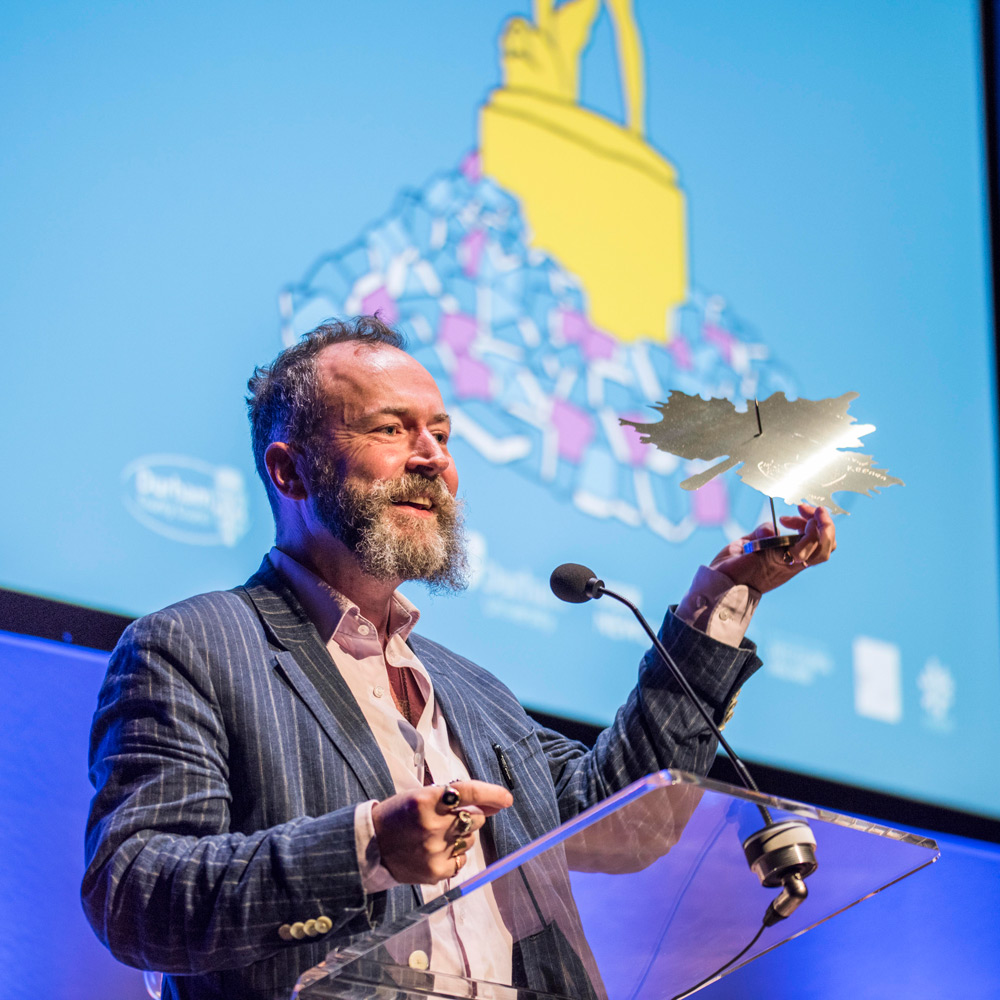 The Gordon Burn Prize 2019 was awarded on October 10 at Durham Book Festival to a writer who has used fiction to reveal elements and angles that otherwise may have not come to light.

This book brought to readers one of the most controversial and inflammatory periods of history that is still in touching distance: the Troubles.

The winner is: • For the Good Times by David Keenan (Faber)

Very much in the sensibility of Gordon Burn, this selection continues the prize’s tradition of recognising brilliant and unique work that audaciously dares to take both writer and reader to territories that shake their edges and repositions foundations. Now in its seventh year, the Prize salutes Keenan’s daring to venture into the past.

In For the Good Times Keenan recreates Belfast and the Troubles in the 1970s with an almost hallucinatory feel, recreating the undocumented lives, the murders that took place, the families that were bereaved.

For the Good Times was selected from six shortlisted titles, all compulsive, all audacious and chimerical. Between them were addressed race, violence, exclusion, safe spaces, and alternate history. Miranda Sawyer, one of the judges, commented: “David Keenan’s For The Good Times is the story of Sammy, a foot soldier for the IRA in the months leading up to the hunger strike. We hear from him in the Maze, as Bobby Sands is on hunger strike, and he tells tales about how he ended up there. But this is not a straightforward telling. Keenan takes Sammy’s Troubles and turns them into a wild ride of hyper-violence, stupid consequences, comic book heroes, fantasy women and bad paddy jokes. It’s about myth and war and masculinity and belief. For The Good Times seems hallucinatory, but this fearless book reveals the truth about our recent history in a way that documentary can’t and so, the judges found this title to be the worthy winner of the Gordon Burn prize.”

David Keenan grew up in Airdrie in the late 1970s and early 1980s. He is the author of This Is Memorial Device (Faber), To Run Wild In It: A Handbook of Autonomic Tarot (Rough Trade Books) and England’s Hidden Reverse: A Secret History of the Esoteric Underworld (Strange Attractor). He lives in Glasgow.