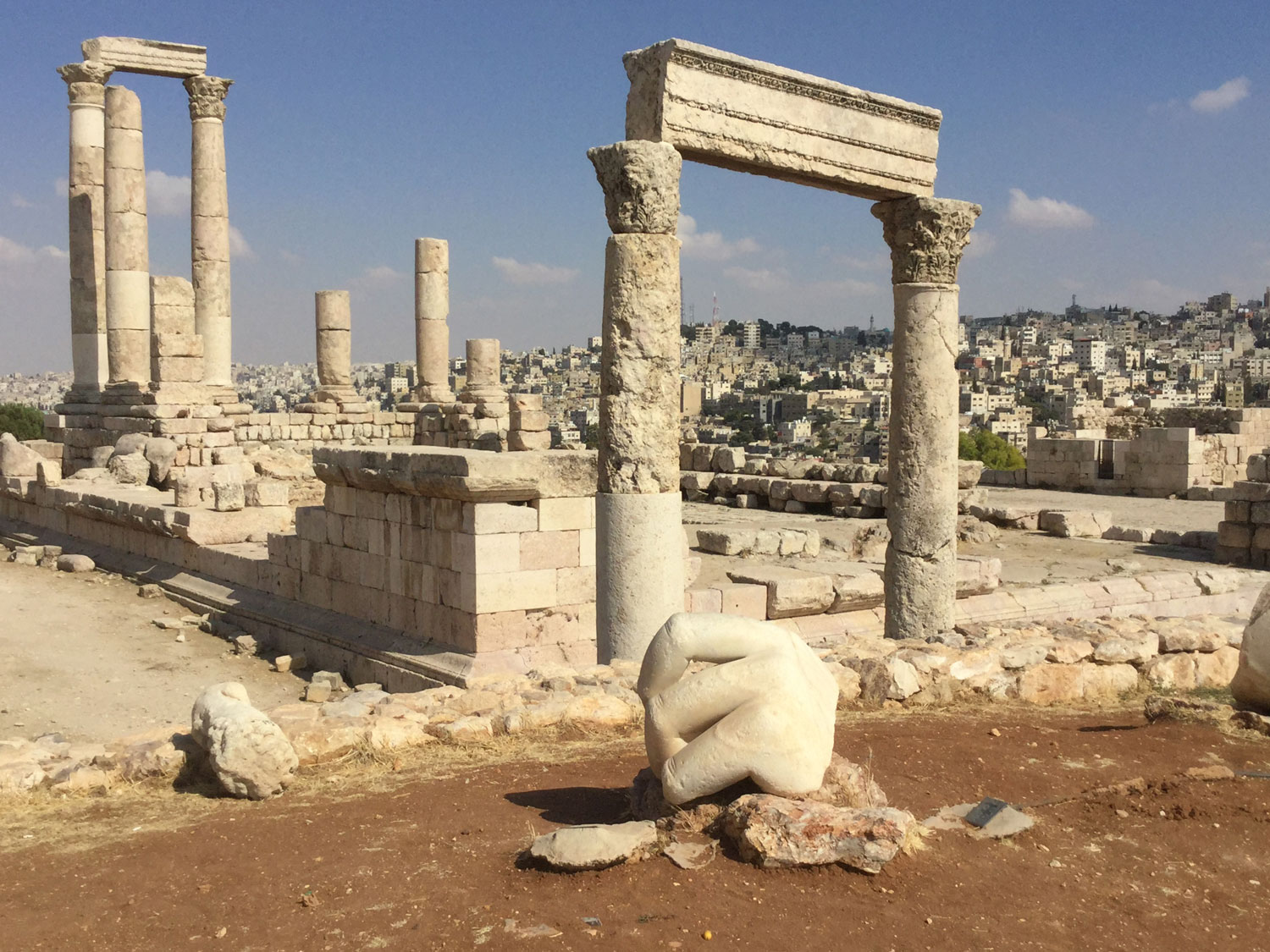 How to write about my first week in this astonishing city on a postcard-sized blog? My first morning, and every morning since, woken at dawn by the mu’adhin’s call to prayer, full of ache and soar (the British Institute where I’m staying within earshot of at least two mosques). The warmth of my welcome, strong coffee and a short tour of the city’s serried hills – more cars and buildings than I’ve seen in a very long time – a constant soundtrack of engines and horns, brightened by the musical tannoy of the van selling gas canisters and the playground whistle of the candyfloss peddler. The land itself, exposed limestone, white and pink and red – all the buildings faced with it. Everywhere covered with a fine layer of dust, as if the rock longed to go back to the earth it was quarried from. 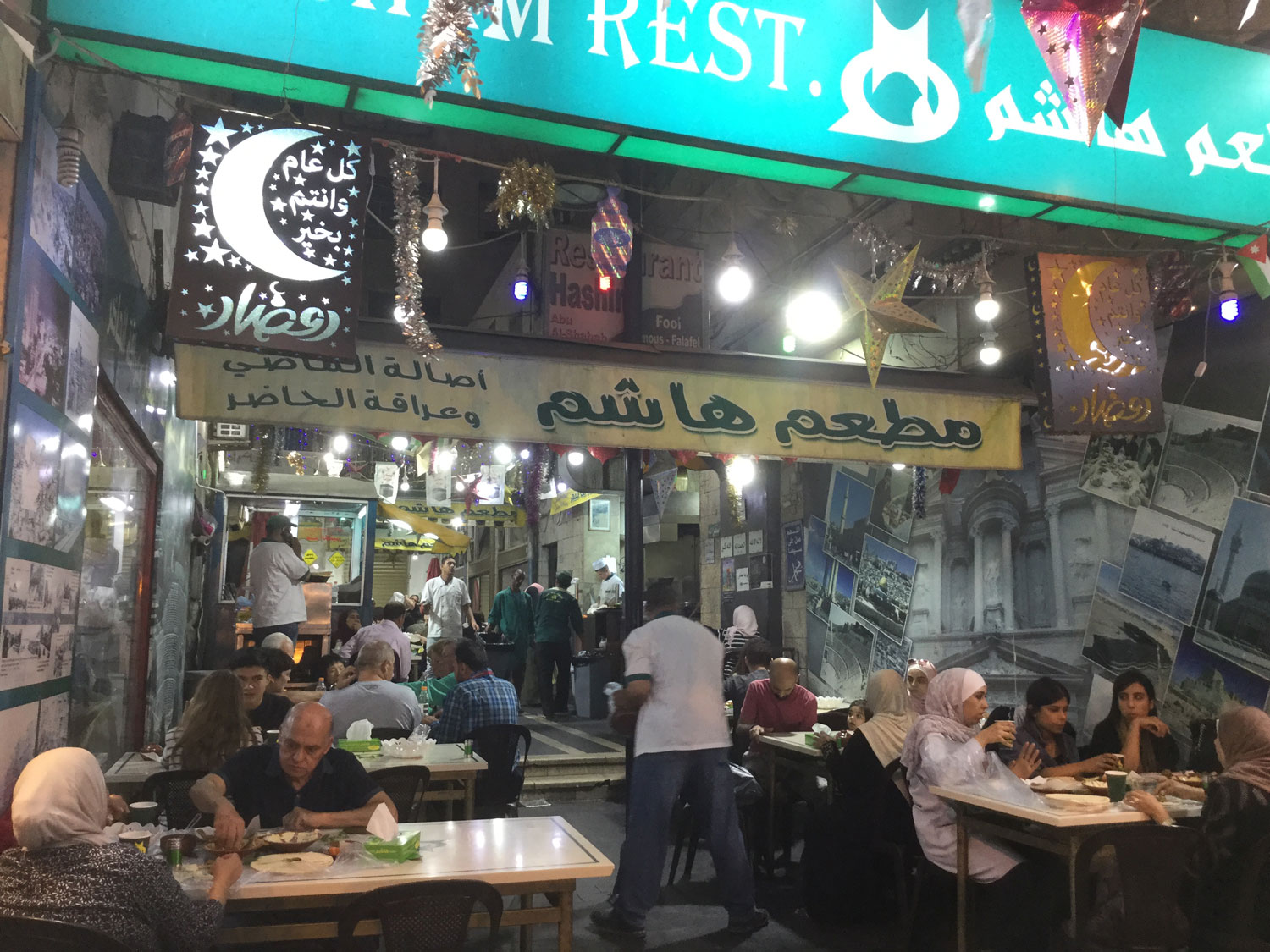 Mud-coloured fat-tailed Bedouin sheep on the hillside, barely 200 metres from the Institute, ‘grazing the brown’. Next door’s talking birds (and barking dog). The Roman theatre that seats 6000, where we watched extracts from La Bohème on my first evening, city lights glittering above the stage; then returned a few days later to hear the story of the First Battle of Amman, fought nearby in Spring 1918.   Breakfast with Mamdouh Bisharat, ‘The Duke’, on the terrace of his curio-packed house on Jebel Joufeh – the whole magnificent spread from his own farm. The calligraphy of flocking birds, black and white together, in the wide ever-changing sky. 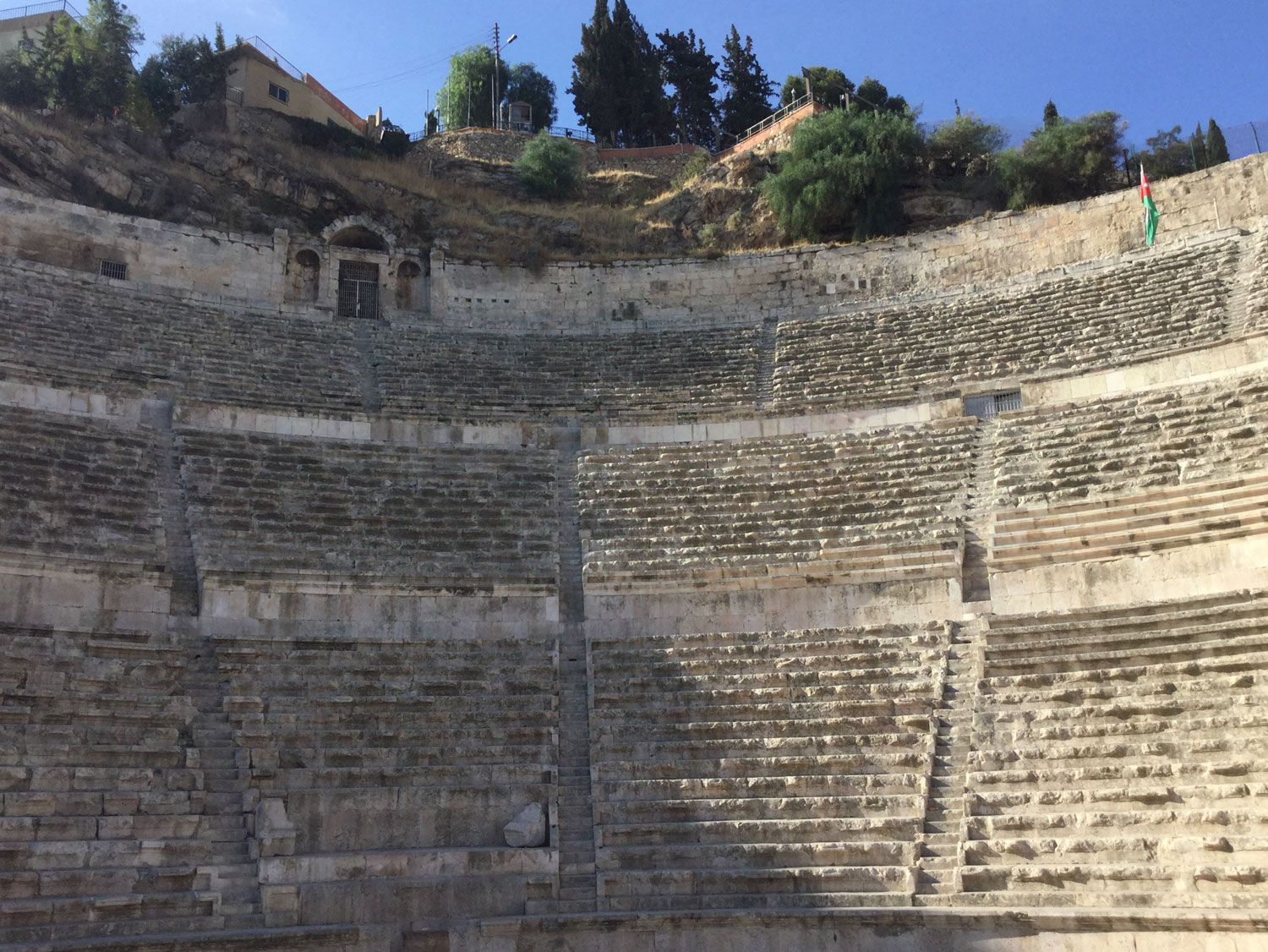 The catalogue of English words imported from Arabic – alchemy, lacquer, talisman, crimson, damask, elixir, sequin, gazelle, serendipidity just a sprinkle. I taste them on my tongue like the ice cream made with mastic, cardamom and pistachio we ate at midnight on ‘Hungry Street’, the Hajj playing live on a huge TV. Mofleh Al Adwan’s ongoing Encyclopedia of Villages, in three volumes – ancient stones whispering, heard, kept alive. All the people saying ‘Welcome to Jordan! You are welcome!’ At the Citadel, the Temple of Herakles (a tumbled fragment of his giant fingers), a Byzantine Church and Umayyad Palace, wonderfully preserved. In the Museum, the oldest statues made by man in his own image – black-rimmed cowrie-shell eyes still compelling after 8000 years – two small lines to let them breathe. All with a panoramic view of this wild and beautiful city that seems to make itself up as it goes along – a poet’s city, a city you could fall in love with: my door onto the rest of Jordan and its tantalising landscape yet to be opened.