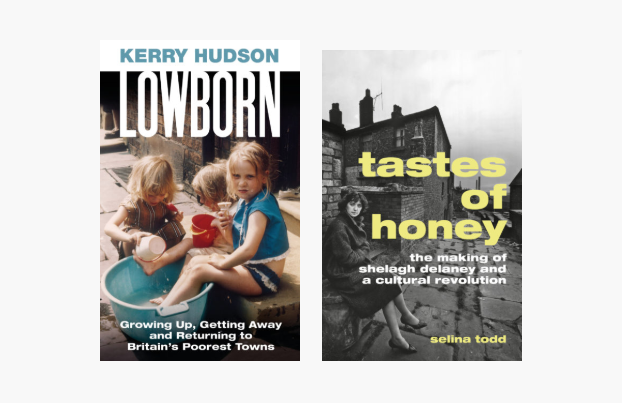 Having read Selina Todd and Kerry Hudson’s work, I was enormously excited by the prospect of interviewing these amazing women, but equally nervous. One is a bestselling novelist and the other a Professor of History at Oxford University. Yet they could not have been more open, warm and thoughtful, offering up perspectives often overlooked by society. The interview lasted 20 minutes and I have chosen some of the stand-out moments…

What is it that makes you want to write?

Kerry Hudson: I think it’s that you get to explore all these alternative existences and worlds and experiences. So, before I was a writer I trained as an actress and I liked it for the same reason, that you get to leave your own reality for a little bit.

How do you think History would have been different had it been told from a working class, female perspective?

Selina Todd: Well, that’s not a difficult question to answer! One of the projects I’m working on as a historian is to do that – to give a female, working-class perspective. And in future interviews I may steal that line if they ask what I do as a historian. I’m just going to say that’s my purpose. I think what it does, is it helps us to understand some continuities between the past and the present that we might not otherwise see. For example, I mentioned domestic servants being the largest group of workers until the 1940s. Well, nowadays there’s a lot of concern both about social care and the plight of domestic workers.  The question of what we’re going to do about the increasing number of older people, who need support. And alongside that, there’s a lot of concern about migrant women, who are employed as domestic workers in conditions that are pretty close to slavery – and in a way part of my job is to say none of that is new; that’s not caused by us being members of the EU, or immigration; it’s not caused by the working class falling apart. It’s always been there.  We’ve just ignored women. That’s only a partial answer, I’d have to think for a lot longer.

What is the most damning factor in keeping people trapped in the poverty cycle?

Kerry Hudson: I think unfortunately it is policy makers. Especially at the moment, a lot of people in the Tory Party have never known what it means to be poor or to struggle or to have a job where they’re working 40 hours and it doesn’t pay the rent. And so, I think my feelings have always been that the key is to make sure that policy makers are either informed by lived experience, or link up with communities and understand the problems so they are more able to fix them

Why do you think the Arts are so important?

Selina Todd: It’s a way of imagining how you might change the world. You know, History can tell us a certain amount, but we’ve never had a climate catastrophe before so we’re going to need a load of imagination to work out how we make the future better for us all. And I think the Arts is where we’re going to get that.

What do you want people to take away from your book?

Kerry Hudson: The biggest takeaway I think is first of all that poor people are not responsible for being poor, it’s very much something that happens around them and they’re doing their best within it. The other one is how much warmth and humour and intelligence and potential lives on those poor streets, so don’t just believe what you see on the Jeremy Kyle show. Go on and have a look and see all the other exceptional things that are happening in those communities and the amazing people who are capable of great things if society was a bit more equal.

Both Kerry Hudson’s new autobiographical book Lowborn and Selina Todd’s Tastes of Honey, an homage to Sheilagh Delaney, are out now.