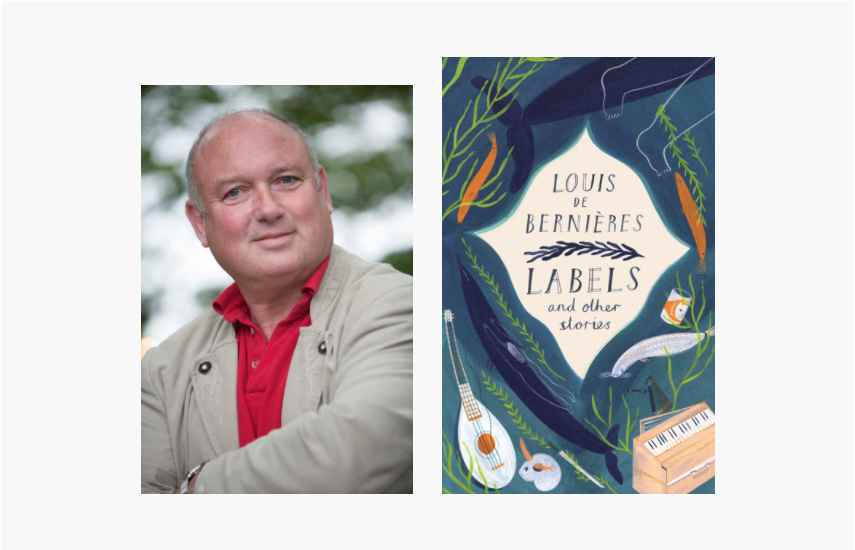 I meet Louis de Bernières on a Saturday afternoon in Durham. Autumn has set in and rain is beating down on the glass front of the Gala Theatre as the author arrives into the venue. He embodies an old-world charm that one rarely encounters. A polyglot, a bibliophile, a musical virtuoso, an historian; suffice to say de Bernières’ accomplishments stretch further than his unquestionable ability with a pen.

We greet each other with a cursory conversation about the weather. In the company of de Bernières, it feels only natural to start proceedings in accordance with such a British cliché. It seems that I wasn’t the only one to have observed the windswept women regretting their sartorial choices. de Bernières admits that he is a secret penchant for people watching. “If I come to a town I’ve never been to before, like Durham, I walk around the streets continuously people watching”, he admits. Not such a secret penchant, I posit, cautiously. de Bernières agrees. People watching, after all, has been a great source of inspiration for him throughout his career. The people that he spies seep deep into his subconscious, he tells me, and reappear “like ghosts” as he puts pen to paper.

His latest publication, Labels and Other Stories, is a beautifully crafted compendium of tales of the quotidian lives of the individuals that de Bernières has observed from afar during his travels across the UK, Europe and South America. Like Hardy, de Bernieres tells me that he seeks to narrate the tales of ordinary people to whom extraordinary things happen. He is not interested in kings and queens, formidable dictators, celebrities or criminals. He is fascinated in the likes of you and me. Perhaps more so than any other, this new collection of works by the much-loved author is a homage to the everyman that he has observed, unbeknownst to them.

As the meeting goes on, de Bernières seems keen to play the role of interviewer himself, posing questions to me about my upbringing in London and my experiences in Durham. I become painfully self-aware, imagining myself as another ordinary character to feature in one of his books. He is always on the lookout for a story it would appear, however he reassures me that he very rarely writes about people that he knows.

de Bernières’ appearance at the Durham Book Festival and the publication of his new book has caused quite a stir. I conduct the interview amongst masses of fans who clasp new copies of Labels and well-thumbed editions of de Bernières’ older works, which they ready for the author to embellish with his autograph. I can’t help but think that the inclusion of a short sequel to Captain Corelli’s Mandolin in this new publication, 25 years after the novel was first published, is in part responsible for all of the excitement. When I suggest this to de Bernières, he looks at me knowingly. I suppose by now he must be used to journalists attributing all his fame to his one most successful novel.

de Bernières himself does not seem to be overly enthralled with the heart-breaking tale of star-crossed lovers whose desire is thwarted by the Italian occupation of the Greek island of Cephalonia. “I’m very happy with it” he says reservedly.  “I wrote it at the happiest time of my life, so that’s why it has a luminous quality to it, but actually I think the book I [published] afterwards, Birds Without Wings, is much better”. Nor does he seem particularly enamoured with the 2001 film adaptation of the novel. “I realised right from the start that it wasn’t…my project,” he tells me with a sigh, something picked up by critics of the film, who lament its straying from the original text.

This doesn’t seem to have put De Bernières off of the screen, however. In truth, he is most animated when musing on the potential for various other film adaptions of his work. His eyes light up when I raise the idea of adapting his short stories into a series of vignettes for the TV, and he speaks with zeal about the notion of translating the original prose of his novel The Partisan’s Daughter to dialogue. For a self-titled “fossil of the last century”, de Bernières’ creative genius is far from defunct.