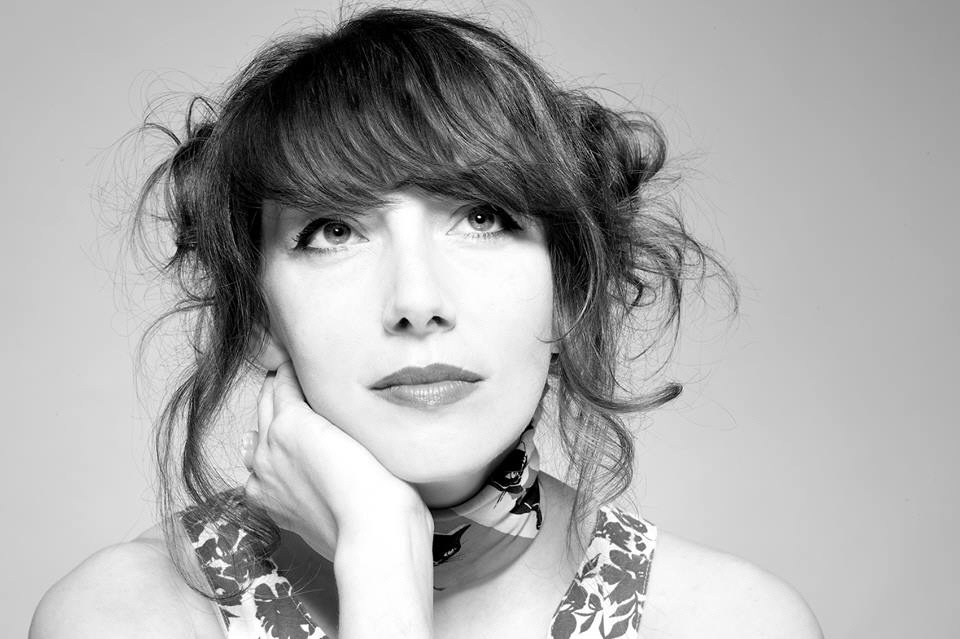 I suppose ‘How Saints Die’ is an autobiographical book. At least that’s how I perceived it when I was reading it. To what extent is it true?

Well, certainly it’s true that my mom had a mental breakdown when I was little and it’s true that my father was a fisherman. Sadly, he passed away when I was 19. Those elements are true. Being a poet, I wanted to create a real sense of place near the beach, were I grew up. That was really important to me. But because it’s quite a tragic tale when a child experiences a parental breakdown, what I wanted to also create was a mythic infrastructure for such a story.

So, this other world that Ellie’s mother went to in the form of madness was actually a world where she could heal. Research took me to direct medical research about how women with mental illness were treated in the mid-1980s. Most of my research was actually around myth and fairytale and psychology and how it functions, so that I could create this world within Ellie’s imagination.

For Ellie it was important to get the child’s voice right. I went back to my old house and old school in order to remember how a child reacts and adapts to different situations. It’s important to remember about children that when a trauma occurs it’s just absorbed within a child’s perception of what is normal. Ellie accepted what happened to her mom and through her innocence she was able to show compassion and understanding in a way that an adult couldn’t, especially given the reaction of the community to her mother’s mental illness which saw her as the mad woman. Ellie had a compassionate reaction to her mom as whatever she did she was still her mom. I think, for children, the realization of trauma takes place when they become older. You just accept it when you are a child but when you are older and reflect back to those moments it has an effect on you.

As a child, you just cope and as an adult you experience something as part of development – you relive those feelings of vulnerability. As children we don’t feel vulnerable; we feel invincible and immortal, and that somehow insulates us from the real terror of what is happening.

For me it’s important to create that soundscape. I love the musicality of language and it’s potential to bring a place to life. One of our most powerful senses is sound. I borrowed what I found from poetry and I knew how to create that soundscape and immerse listeners. I am a performance poet. As a performance poet, I have to deliver feelings through sound and it’s that technique that I tried to convey through the story. I like James Joyce, Dylan Thomas. I love writers who use language for senses as well as for meaning. It’s important for me to give that sensory dimension. It’s a sea story and I wanted to make people feel that immersion. I was writing about a place that not many know – it’s different when you write about London; in London you know what you hear, what you see; senses are familiar. A place alive with sounds of sea and birds and part of the world – that in-between world that Ellie was living in. I wanted to help people locate themselves in the eyes of a child. As adults, we feel that we’ve heard everything before. A child is alert to all sounds, many of which are new.

I’m sure you’ve been asked this before but…why do you write?

It’s a compulsion really. I just have to. The first thing I wrote was a poem at school. And my teacher said ‘Minus one house-point. Weird!’.

That’s the last line of the book, isn’t it?

Yes, true, I used that! I wasn’t discouraged, I knew it was weird but I knew it felt true. And as long as my writing feels true, that’s why I write and I will keep on writing, even if it is weird.

How do you put writing into your everyday life so that it fits into your busy schedule?

Before I had a baby, I had a 2-hour commute and I would write whenever I could; I was writing in a notebook which I was carrying at all times. I used to get up really early in the morning. One has to be very disciplined in order to write. Now I’m 11, 000 words into my next novel and I’m writing that purely on my phone using my thumb because my hands are full. I thought I should have all those beautiful notebooks and fancy pens to write, but no. That was a luxury, now I write whenever I can, even if it’s 4 o’clock in the morning.

Many of the famous writers had some rituals. Charles Dickens used to purposefully get lost in nature as he believed that this fostered his creativity. Maya Angelou rented a room in a hotel just for writing, and instructed cleaners to never get in her room. Kurt Vonnegut did push-ups and sit-ups when writing. Do you have any ritual?

I just walk. I have to be walking. So, if I have a 2-hour writing session, I will walk afterwards. At the moment, my baby comes and walks with me and this is how I absorb and reflect on what I was writing and how I shake up ideas. I always read when I’m writing. Input has to flow in order to have some good output. As long as I’m reading and walking, that’s probably it.

Yes, I also felt sometimes that when I read something I adopt the writer’s technique. What’s the reason for someone to impose a readers’ block?

It’s important to see how writers makes things work. It’s important, as a reader, looking at that first sentence, how you enter the world the writers are creating. As you read you ask questions consciously. It’s not bad as a writer to write like someone else. We learn through imitation and then it’s through that diligence that you trust your own voice, and we get courage from other writers. So, when you see a writer pull off a trick you say ‘Wow that was brave and I might experiment with it.’ Other writers are good company, they get us, they understand us.

But do you believe that you’ve reached a point where you need to reach originality and stop reading others?

No, I will never stop reading. I feel that I am original. I’ve written a lot of poetry and blended that when I was younger. I tried to write like other people – seriously about serious things. That was terrible and awful. I never showed anyone. You need to put a bit of maturity and faith in your own voice. I will always keep reading and feel inspired by other writers.

What is the best tip you would give to young writers?

Read. Anything. Outside your comfort zone. And make writing your only ritual. Don’t get caught up by nice pens and the best stationery. If you get into this you will always find an excuse not to write.

Do you believe in writer’s block?

Yes, I do. But writer’s block is actually your mind telling you that you need to nurture and nourish your story a bit. When you stop writing, go to research something or go for a walk, or go to a writers’ group. You’ve got to treat it like winter when your mind goes into hibernation and will come back down stronger.

How do you balance the things you want to express and the things the reader wants to hear?

In the drafting process. The first two drafts I write for me and then I get further and further away from the process. By 5th or 6th draft I am editing as a reader and not in my head as a writer. It’s then that I’m thinking how those ideas are going to be received.

So it needs to be both.

Does one need to be a dissatisfied person in order to write? It looks like most poetry or literature is influenced by the pain of writers, not their joy.

Anyone who’s got a story to tell, there will be a reader who will read that. I think everyone who thinks has a compelling story to tell can, and should write.